SEOUL, Aug. 29 (Yonhap) -- Volkswagen Korea will introduce five sport utility vehicles in the coming years as it seeks to regain consumer confidence and revive sales that have been lackluster following the diesel emissions cheating scandal in 2016, a company executive said Thursday.

It will relaunch the Tiguan and Touareg SUVs in the fourth quarter of this year. It will also introduce the T-Roc compact, Teramont midsize and Tiguan Allspace SUVs for years to come from 2020, Volkswagen Korea Executive Director Stefan Krapp said in a press conference.

"It is quite remarkable how consumer tastes all over the world and particularly here in Korea are changing. Today SUVs are claiming an ever larger share of the market as Korean consumers move to this more practical format," Krapp said. "And our response to this change is a much stronger move into the space by expanding our SUV lineup." 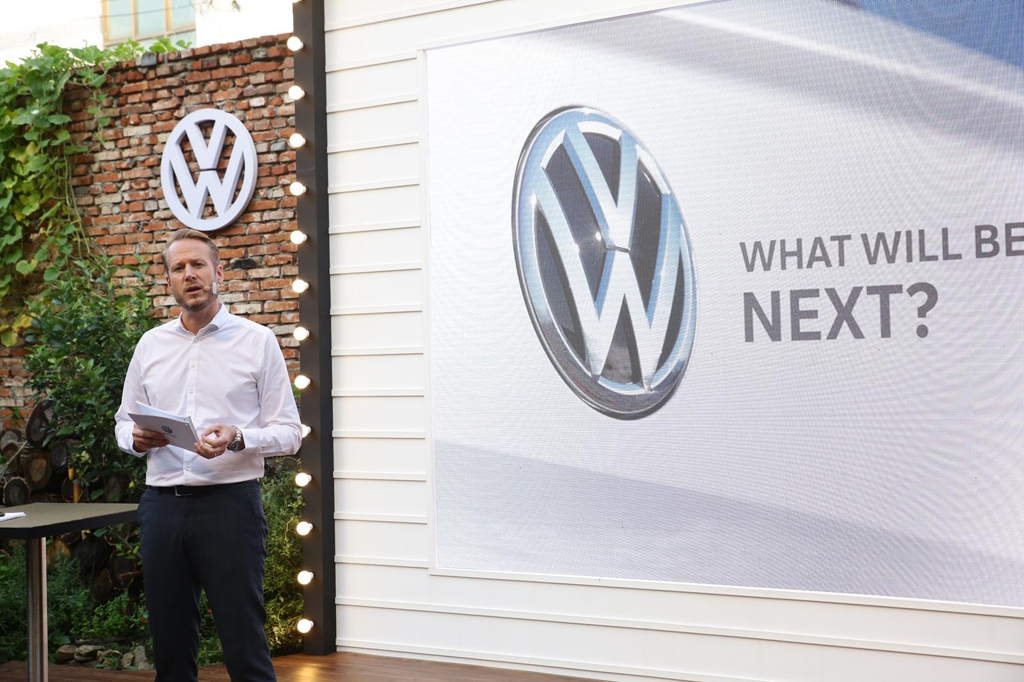 Citing the Tiguan, Touareg and T-Roc, Krapp said the three SUVs will be the "backbone of the Volkswagen 5T-Strategy" aimed at jump-starting sales in Asia's fourth-biggest economy.

The two other T models are the Teramont and the 7-seater Tiguan Allsapce, which is the extended version of the Tiguan.

"Even though we see a clear consumer trend into SUVs, we can't and won't neglect the needs of those consumers looking for a sedan," the director said.

On top of the 2019 Arteon launched in mid-May, Volkswagen plans to expand its sedan portfolio with the relaunch of the face-lifted Passat GT and the new Jetta sedan in 2020 and the eighth-generation Golf after 2020, he said.

Currently, the Arteon midsize sedan with a 2.0-liter diesel engine is the only Volkswagen model available in the Korean market.

As for a possible launch of electrified models, the director said the company is planning to introduce at least two all-electric models in Korea. He didn't give the time frame for the EV launches here.

"EVs provide more space with comparable external dimensions, and they are quiet, very efficient, economical and inexpensive to maintain. They are the perfect match for Korea," he said.

In January this year, the German automotive group again suspended sales due to its "internal approval process" for relaunching its vehicles in Korea, resuming operations in mid-May.

Sales of the group's four brands plunged 63 percent in the January-July period to 5,005 vehicles from 13,517 units a year earlier, according to data from the Korean Automobile Importers and Distributors Association.

Volkswagen Korea's sales plunged 66 percent on-year to 2,319 autos from 6,895 during the same period, the data showed.

Volkswagen to introduce 5 SUVs to revive sales in S. Korea

Volkswagen to introduce 5 SUVs to revive sales in S. Korea