SEOUL, Aug. 30 (Yonhap) -- LG Display Co. said Friday it has completed the construction of a new OLED factory in China to start mass production of large screens for premium televisions.

LG Display has invested about 5 trillion won (US$4.2 billion) to build the Guangzhou factory for the production of organic light-emitting diode (OLED) sheets sized over 55 inches.

The company said it plans to roll out 60,000 OLED sheets per month at the factory in the initial stage, which would increase its total monthly OLED sheet output capacity to 130,000 units this year when combined with its production line at its South Korean factory in Paju, north of Seoul.

The panel maker said it will ramp up the monthly production at the two factories to over 10 million by 2022. 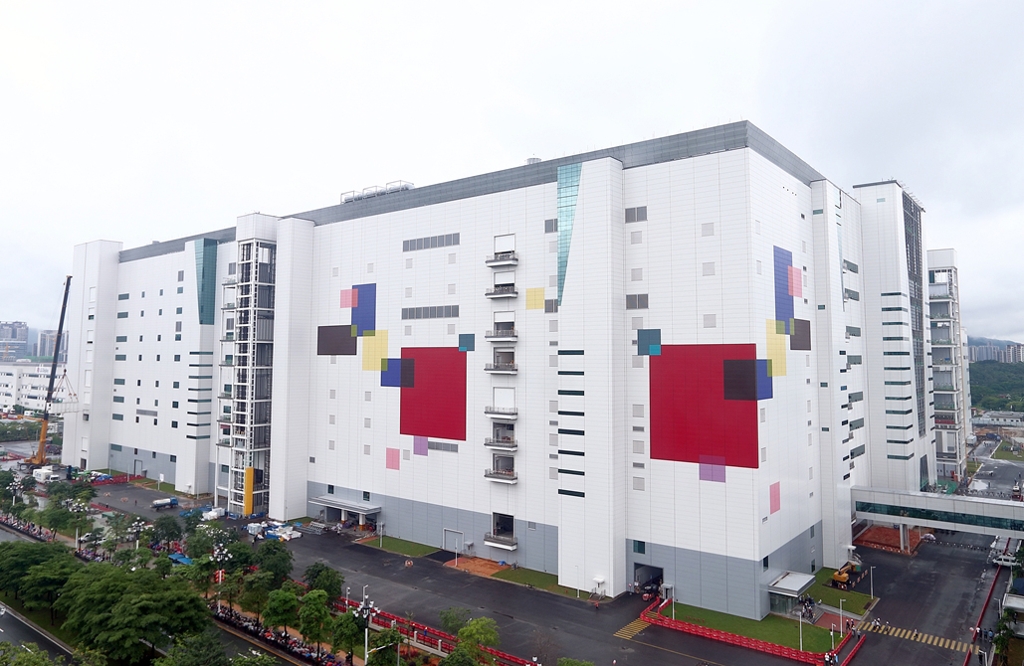 The firm has been expanding investment in OLED panels to shift from the traditional liquid crystal display (LCD) panels that have been plagued by falling demand and a supply glut, partly from Chinese producers.

LG Display suffered an operating loss of 368.7 billion won in the second quarter due to low LCD panel prices and weak global demand.

The average price of the firm's 50-inch LCDs for TVs dropped 7.5 percent on-year in the second quarter, according to WitsView, a division of TrendForce.

This year, LG Display has vowed to speed up the transition from LCD to OLED to get a bigger share of the premium TV and smartphone market.

The company shipped 2.9 million units of large OLED panels last year, which accounted for over 20 percent of its total sales, turning to a surplus for the first time in five years since the panels' launch. LG Display expected the sales ratio to exceed 30 percent this year.