SEOUL, Aug. 30 (Yonhap) -- Cheong Wa Dae on Friday ratcheted up pressure on the National Assembly to hold a confirmation hearing for the justice minister nominee, frustrated by a political dogfight over the issue.

Cho Kuk, a law professor who served as senior presidential secretary for civil affairs, is at the center of intensifying bickering between ruling and major opposition parties.

Three weeks earlier, President Moon Jae-in nominated Cho to be the new justice minister amid his drive to reform the state prosecution.

Cho, however, has faced harsh political attacks and public condemnation over a host of scandals, including suspicions about his daughter's entry into coveted schools in South Korea and dubious investment in a private equity fund (PEF) by Cho and his family members.

Political parties have agreed to open a two-day hearing next Monday but failed to reach a deal on details, including the list of witnesses.

The main opposition Liberty Korea Party (LKP) says the nominee's wife and other family members should testify in parliament as well.

The ruling Democratic Party is opposed to the call, stressing that it's enough to give Cho an opportunity to explain the scandals. 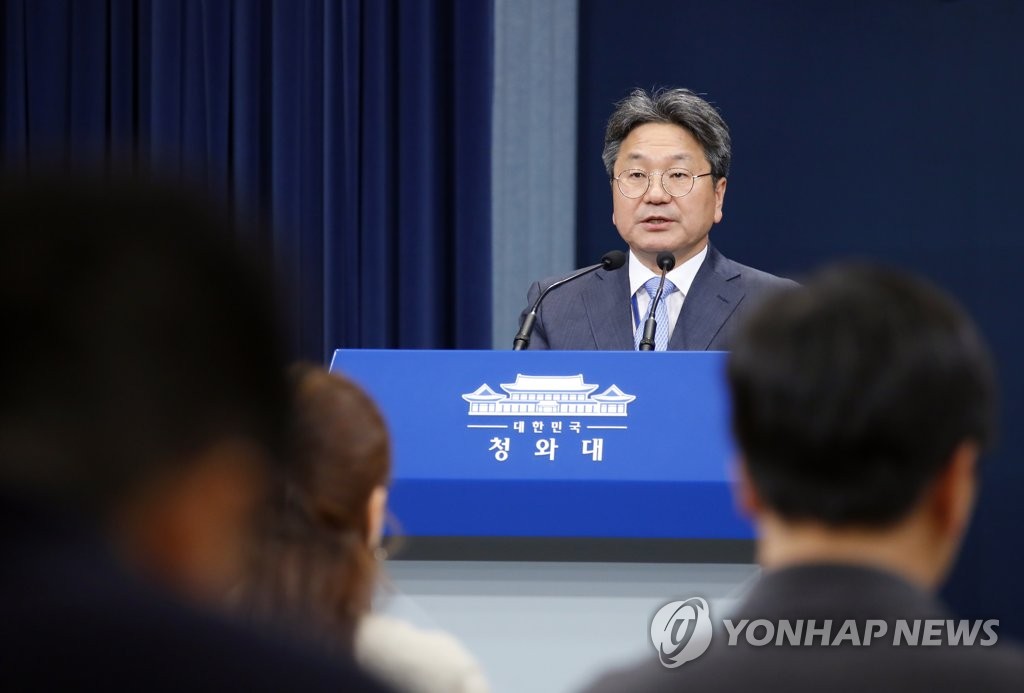 Kang Gi-jung, senior presidential secretary for political affairs, cited an agreement to hold the hearing next week. A two-day confirmation hearing on a minister nominee here is unusual but Cheong Wa Dae accepted it in consideration of the people's demand, he said.

"It's a grave promise with the people," he said at a press briefing.

Nonetheless, he added, parliament's judiciary committee, chaired by an LKP lawmaker, has refused to move forward hearing procedures in breach of the National Assembly Act.

Lawmakers are required by the law to hold the hearing on Cho by this weekend, given a date on which the president formally requested it.

LKP members' attitude in the panel, Kang argued, is tantamount to "dereliction of duty," seen as part of an attempt to abort the hearing process, deprive Cho of an opportunity to come clean on the allegations and force him to drop the minister bid.

Kang urged the National Assembly to abide by the law and hold the hearing as agreed.

Cho is an iconic figure in the liberal Moon administration's reform drive and speculation is widespread that he's being groomed to become a presidential candidate for the ruling bloc.