It was briefing media on the results of a weekly meeting of the National Security Council's (NSC) standing committee.

The USFK has been moving its bases nationwide mainly to a refurbished garrison in Pyeongtaek, some 70 kilometers south of Seoul. It's named Camp Humphreys.

The process of South Korea regaining the sites of the affected bases has been going slowly, however, partly due to handling of polluted soil.

In the session, presided over by Chung Eui-yong, director of Cheong Wa Dae's national security office, the NSC panel members agreed to "push actively for an early return" of the sites of 26 USFK bases, which will be vacant or have already been, according to Cheong Wa Dae.

"In particular, (they) agreed to begin the return process on the Yongsan base (in central Seoul) within this year," it said. 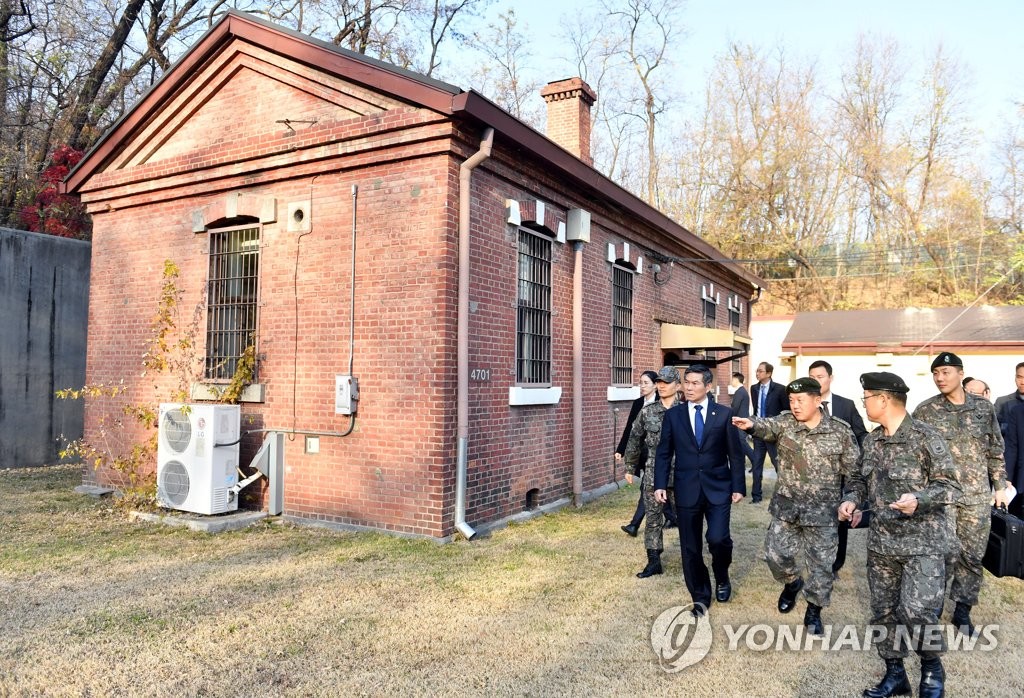 Top security officials, including the defense minister, especially decided to seek the return of four bases at the earliest possible date, it added.

They are Camp Long and Camp Eagle in Wonju, Gangwon Province, as well as Camp Market in Incheon and Camp Hovey in Dongducheon, Gyeonggi Province.

Those who reside in nearby areas have suffered economic troubles because of a long delay in the return of the bases, the NSC officials noted.