SEOUL, Aug. 30 (Yonhap) -- Meeting at a time when South Korea and Japan are locked in one of their worst diplomatic and trade disputes, the culture ministers of the two nations came to a rare bilateral consensus to continue cooperation on the cultural front, exchanging unusually goodwilled pleasantries.

South Korean Culture Minister Park Yang-woo and his Japanese counterpart Masahiko Shibayama held a bilateral meeting on Thursday on the sidelines of the annual trilateral conference of the culture and tourism ministers of the two countries plus China in Incheon, west of Seoul.

Despite the dire diplomatic background against which the closed-door talks were held, the bilateral meeting started off in an unusually agreeable manner, thanks to the Japanese minister's icebreaking, an official at the South Korean Ministry of Culture, Sports and Tourism said in a press briefing on Friday.

Starting his speech to open the bilateral meeting, Shibayama referred to the meaning of Park's two-syllable first name in Chinese characters. 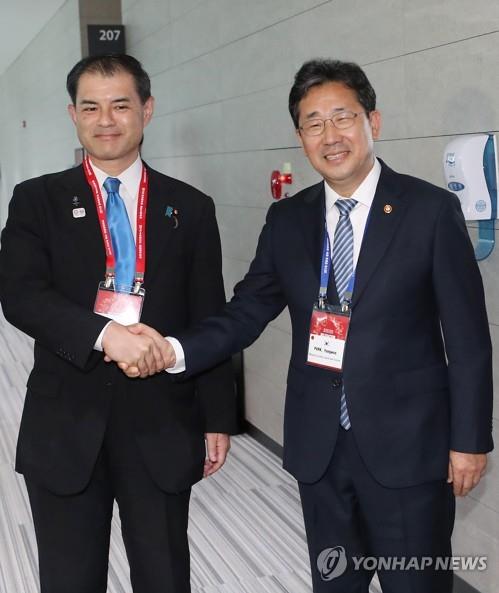 "I think the (first) name of Minister Park Yang-woo is nice," the Japanese minister was quoted as telling Park, whose given name can be literally interpreted in Chinese characters as "good rain."

He then referred to the old proverb, "The ground is firmer after rain," saying that, "Although the two countries are in a difficult situation politically and economically, I think their cultural exchanges should continue."

The brief episode was a rare exchange of goodwill between South Korea and Japan as the two Asian neighbors are trapped in escalating diplomatic and trade rows.

After slapping restrictions on the exports of three essential Japanese materials to South Korea last month, apparently over the South Korean top court's rulings that ordered Japanese firms to compensate Koreans forced into labor during Japan's 1910-45 colonial rule of the Korean Peninsula, Japan officially removed Korea from its whitelist of trusted trade partners.

Despite the rising tensions, South Korea has steadfastly maintained that cultural ties with Japan should be retained and set aside from politics.

Fully aware of the stance, the bilateral meeting got off to a smooth start Thursday and eventually became the foundation for the adoption of the "Incheon Declaration" during the trilateral culture ministers' meeting on Friday, according to the ministry official.

The agreement signed by the two ministers and Chinese Culture Minister Luo Shugang committed the three nations to a vision of trilateral cooperation on the cultural front for the following 10 years. 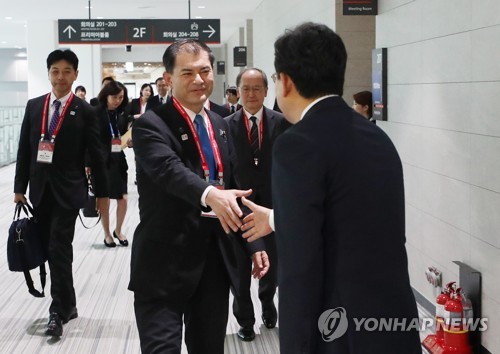