The North's leader gifted the pair of Pungsan-breed dogs, one male named Songkang and a female named Gomi, after their third summit in Pyongyang in September. Gomi gave birth to the six white puppies -- three male and three female -- in November.

"The six puppies Gomi gave birth to are having their last stroll at Cheong Wa Dae today and moving out to four local governments -- Seoul, Incheon, Daejeon and Gwangju," the presidential office announced on Twitter.

The Pungsan breed originates in a mountainous region of the North. They are known to be agile, clever and ferocious to beasts, but friendly and loyal to their human masters.

Along with Jindo dogs, bred from the southern island of Jindo in South Korea, the breed is considered one of the two most prized canine types on the Korean Peninsula. 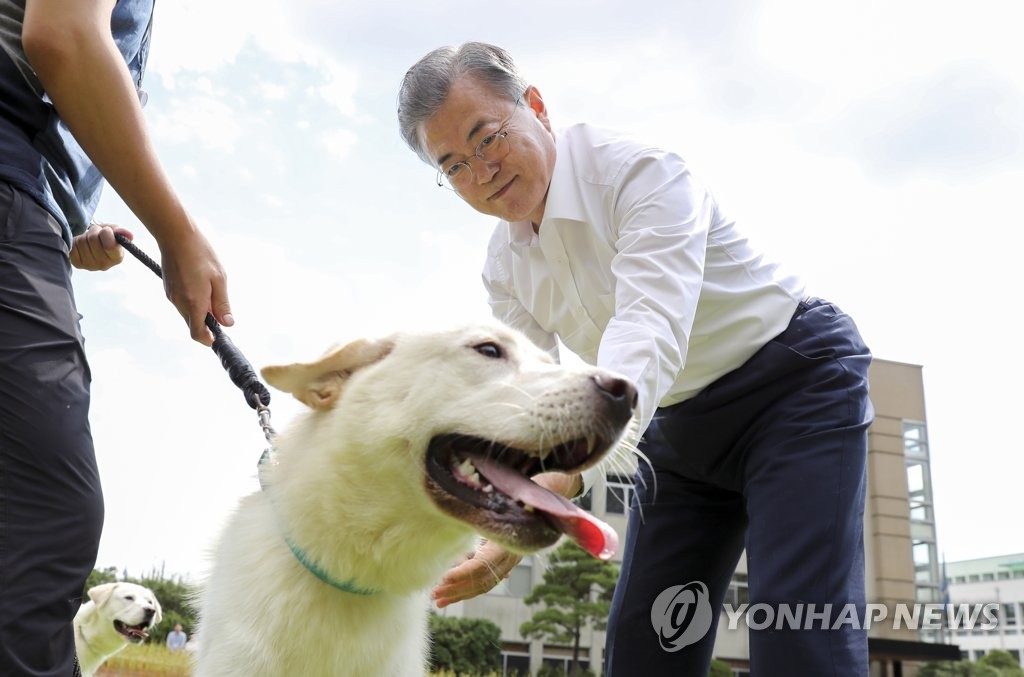