SEOUL, Aug. 31 (Yonhap) -- A top North Korean diplomat said Saturday that expectations for talks with the United States are fading away, bristling strongly at U.S. Secretary of State Mike Pompeo's description of Pyongyang's behavior as "rogue."

"Our expectations of dialogue with the U.S. are gradually disappearing and we are being pushed to reexamine all the measures we have taken so far," Choe said in a statement carried by the North's official Korean Central News Agency (KCNA).

"We are very curious about the background of the American top diplomat's thoughtless remarks and we will watch what calculations he has. The U.S. had better not put any longer our patience to the test with such remarks irritating us if it doesn't want to have bitter regrets afterwards," she said. 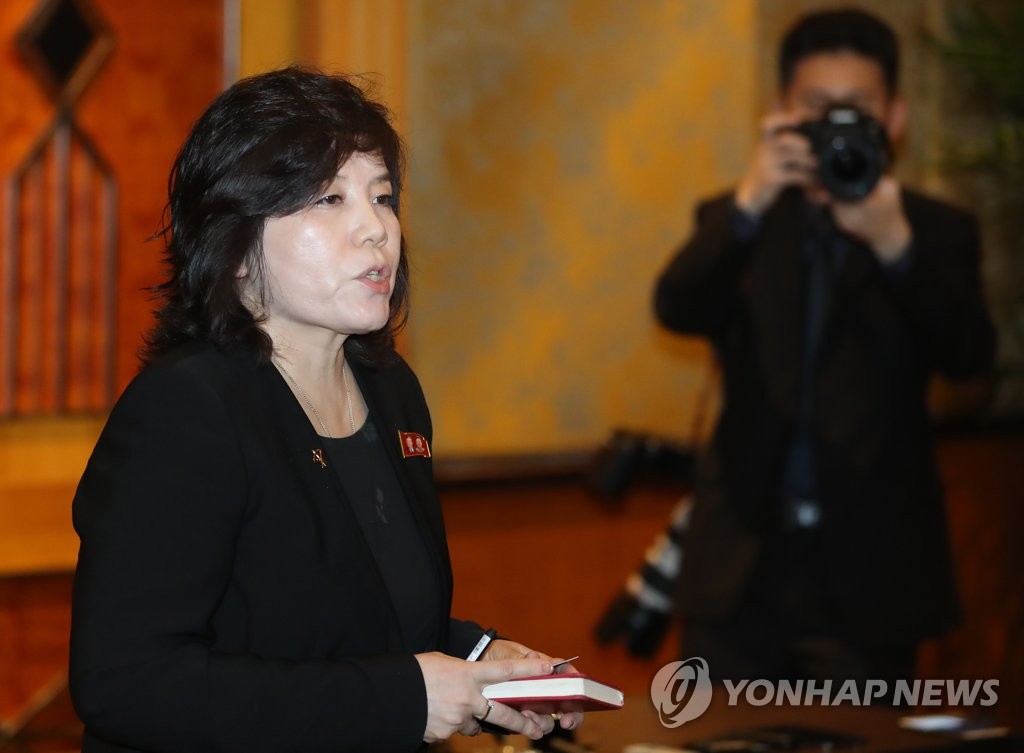 On Tuesday, Pompeo said in a speech to American veterans that the North's "rogue behavior could not be ignored" and the U.S. has "galvanized global support to denuclearize North Korea."

The U.S. has vowed to continue sanctions against the North until the regime dismantles its nuclear program and negotiations between the sides have failed to make progress in recent months.

Talks have been deadlocked since the failed second summit between U.S. President Donald Trump and Kim in Vietnam in February. The two leaders held a surprise meeting in June at the truce village of Panmunjom and agreed to resume working-level negotiations, but progress hasn't been made since then.

Tension has increased on the Korean Peninsula after the North fired a series of short-range missiles in recent week in protest against S. Korea-U.S. joint military exercises, clouding the prospects for negotiations.