SEOUL, Sept. 1 (Yonhap) -- President Moon Jae-in on Sunday ordered a review of the country's college entrance system in the wake of allegations that the daughter of his justice minister nominee used illicit means to get into an elite college.

It was Moon's first public comment on mounting criticism over suspicions that justice minister nominee Cho Kuk's daughter won college admission thanks in part to a medical school academic paper in which she was unduly credited as the first writer while she was attending high school.

"A controversy is underway surrounding the family of nominee Cho. Beyond this controversy, it is required to reexamine the college entrance system as a whole," Moon told officials before departing on a trip to Southeast Asia, according to Yoon Do-han, senior Cheong Wa Dae secretary for public communication.

Noting that unfair factors in the education system have caused deep wounds to young people who were deprived of chances, the president called for efforts to uphold the value of fairness in the field, Yoon added. 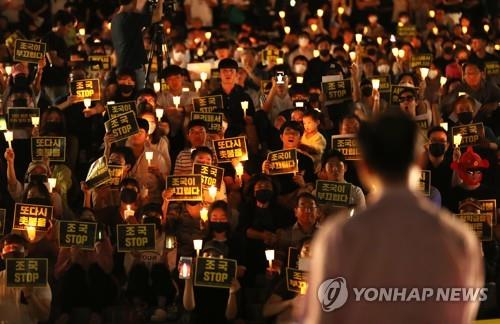