Beginning summit talks here with Thai Prime Minister Prayut Chan-o-cha, Moon cited Seoul's New Southern Policy and Bangkok's "Thailand 4.0" initiative. If the two are "connected," the two sides will be able to pull off future growth together, the president said.

He stressed that Thailand is one of the most important partners for his government's New Southern Policy intended to strengthen and broaden partnerships with Southeast Asian nations and India. 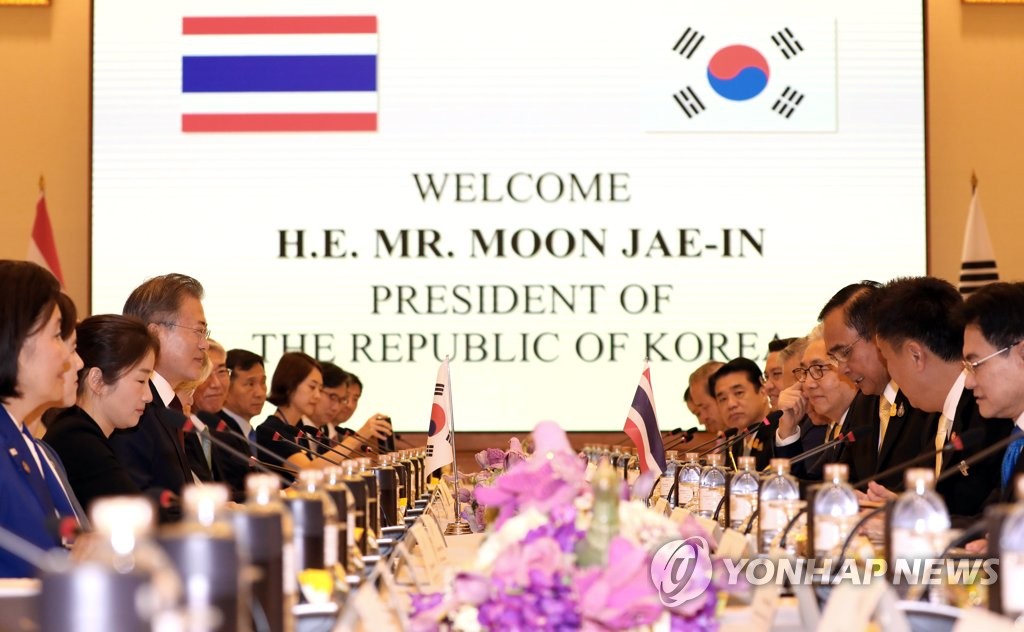 Moon said Thailand is South Korea's traditional friend, having dispatched thousands of troops to help fight against North Korea during the 1950-53 conflict.

The prime minister also noted that Thailand's relations with South Korea have expanded to various sectors including education, investment and technology.

He said he has enjoyed watching a Korean drama, titled "Descendants of the Sun," which features a love story between a special forces soldier and a female doctor.

In addition to such people-to-people exchanges, Prayut said, the two sides have great potential for economic cooperation.

"President Moon's trip this time is a very good opportunity," he added.

Moon arrived in Bangkok on Sunday, becoming South Korea's first leader to visit the Southeast Asian nation in seven years. He's also the first foreign leader to travel to Thailand since the launch of the Prayut administration in July.