Kim expressed "belief that the friendly and cooperative ties between our two parties and countries with a long history and tradition would as ever grow stronger," according to the Korean Central News Agency.

In the message, Kim cited his first state visit to Vietnam in March, which he said provided an "important occasion" in strengthening and developing bilateral ties and friendship, the KCNA said.

In late February, Kim visited Vietnam for his second summit with U.S. President Donald Trump. During the trip, Kim also held meetings with Vietnamese President Nguyen Phu Trong and other top officials, and expressed hope for stepped-up cooperation and exchanges with Vietnam in all areas.

In June, the KCNA reported on the arrival of food assistance from Vietnam without providing other details. 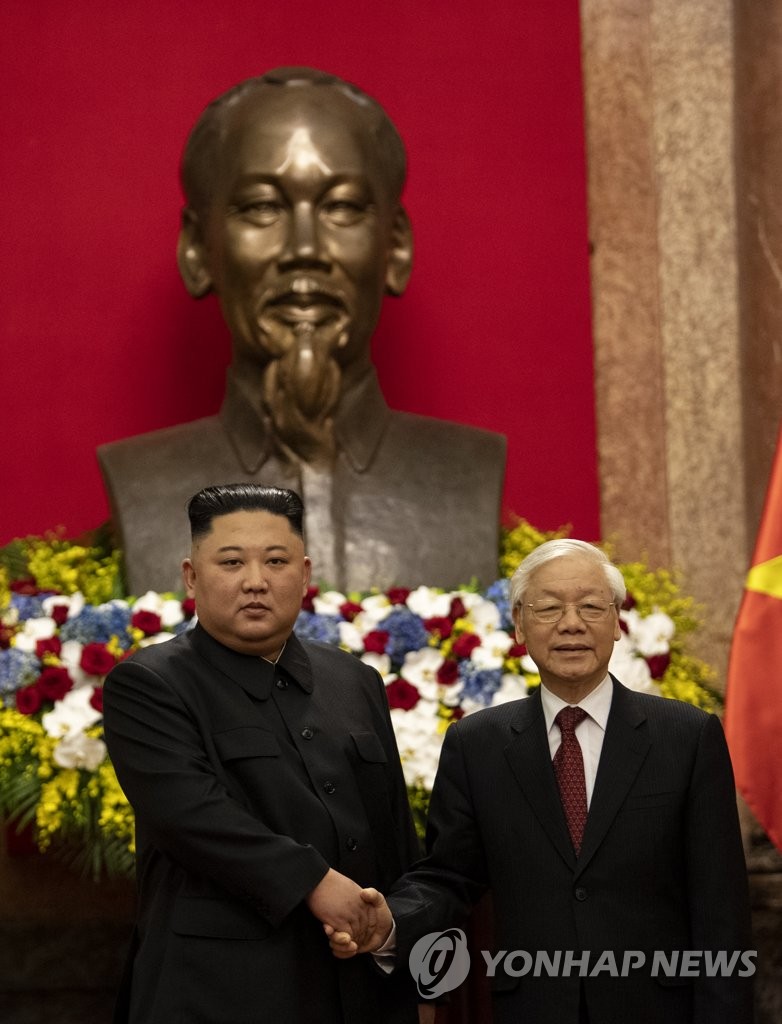