The regular session convened at 2 p.m. amid heightened political tensions over the schedule for a confirmation hearing for the embattled justice minister nominee, Cho Kuk, who is implicated in allegations of corruption.

The unicameral parliament opens its regular session every September for 100 days.

This year's regular session is the last of the 20th National Assembly as the country will hold general elections next April.

"The presidential office, rival political parties and the National Assembly should bear in mind that when they serve their roles and move forward a national integration, the country can become a country worth living in," Moon said.

Parliamentary speaker Moon Hee-sang and the floor leaders of the ruling Democratic Party (DP) and two major opposition parties met to discuss detailed schedules for the regular session and a confirmation hearing for Cho.

Rival parties had agreed to hold the hearing on Monday and Tuesday, but partisan wrangling over a list of witnesses effectively caused the hearing to fall through.

President Moon Jae-in is likely to ask the National Assembly to send the hearing report about Cho to him on Tuesday, regardless of whether a hearing session will convene.

During the regular session, political parties will also bicker over the government's 2020 budget proposal.

The government proposed a budget bill that represents a 9.3-percent hike from 2019, stressing the need for expansionary fiscal spending to prop up the slowing economy.

It set aside 24.1 trillion won for supporting research and development (R&D) projects to help the localization of key industrial parts and materials as Seoul seeks to reduce its heavy reliance on Japan amid Tokyo's export curbs.

A set of bills on political and judiciary reform will be intensely debated.

Last week, a special parliamentary committee approved an election reform bill that was put on the fast-track in late April despite objections from the main opposition Liberty Korea Party. The bill was referred to the legislation committee.

The bill calls for the adoption of a mixed-member proportional (MMP) representation system in which parliamentary seats are tied to the percentage of voters' support rates for parties.

Other contentious bills linked to the reform of state prosecution are proposals to set up a special unit to probe alleged corruption by high-ranking government officials and to grant more investigative power to police.

The justice minister nominee is the main architect of Moon's vision to overhaul the prosecution. 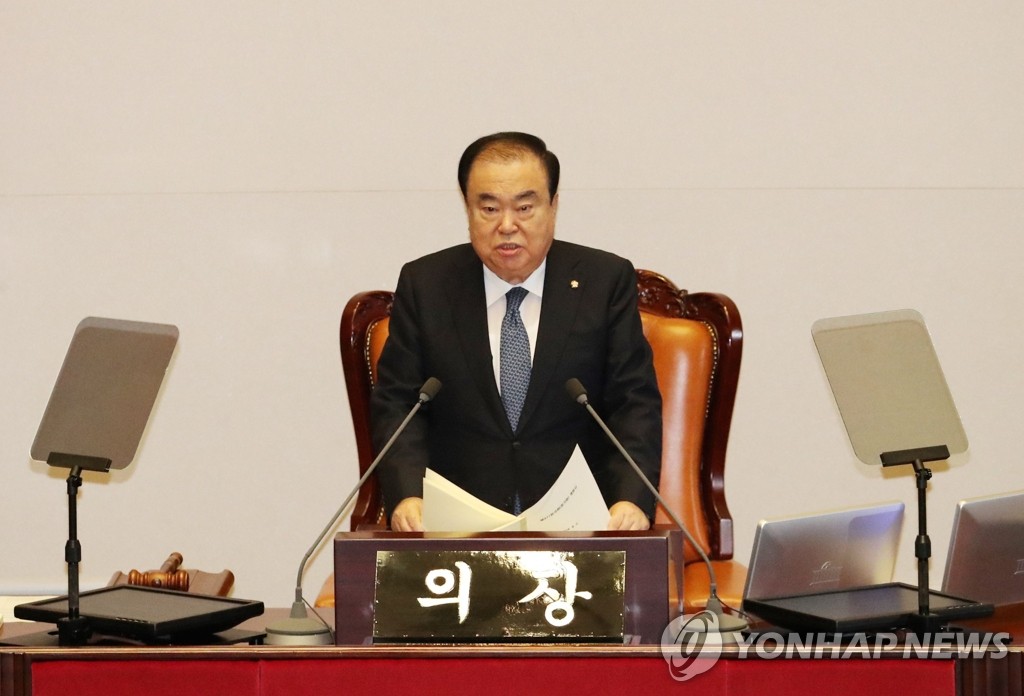