SEOUL, Sept. 2 (Yonhap) -- The main opposition Liberty Korea Party (LKP) said Monday it will give up its demand to call close family members of the embattled justice minister nominee Cho Kuk as witnesses for his confirmation hearing.

Instead, the conservative party proposed that his hearing be held five days later, where he could address mounting corruption allegations involving his family.

Political parties earlier agreed to hold his confirmation hearing on Monday and Tuesday, but the session has yet to open due to partisan wrangling over the list of witnesses.

Instead of its demand to summon Cho's close family members, the LKP proposed that rival parties approve detailed schedules for his hearing later in the day.

"We will abandon our demand to call his wife, daughter and mother (as witnesses). So let's approve detailed hearing schedules today and hold a confirmation hearing (five days from now) in accordance with legally-set procedures," LKP floor leader Na Kyung-won told a hastily arranged press briefing.

If rival parties today approve related details needed to open his confirmation hearing, the session could be held five days later by law.

Last week prosecutors carried out simultaneous raids on some 20 locations, including five universities, as part of its probe into the allegations.

The ruling Democratic Party (DP) is sticking to the hearing schedule as originally agreed, saying that the LKP is seeking to prolong a political impasse involving Cho's allegations.

The party warned it could push for a "people's confirmation hearing" where Cho could address the related allegations to the public.

Expressing regret over the effective nullification of the hearing, the nominee said that he will hold a press conference "to let the people know the truth."

Hong Ik-pyo, spokesman of the DP, later said the press conference is to be held at 3 p.m. Monday at the National Assembly. 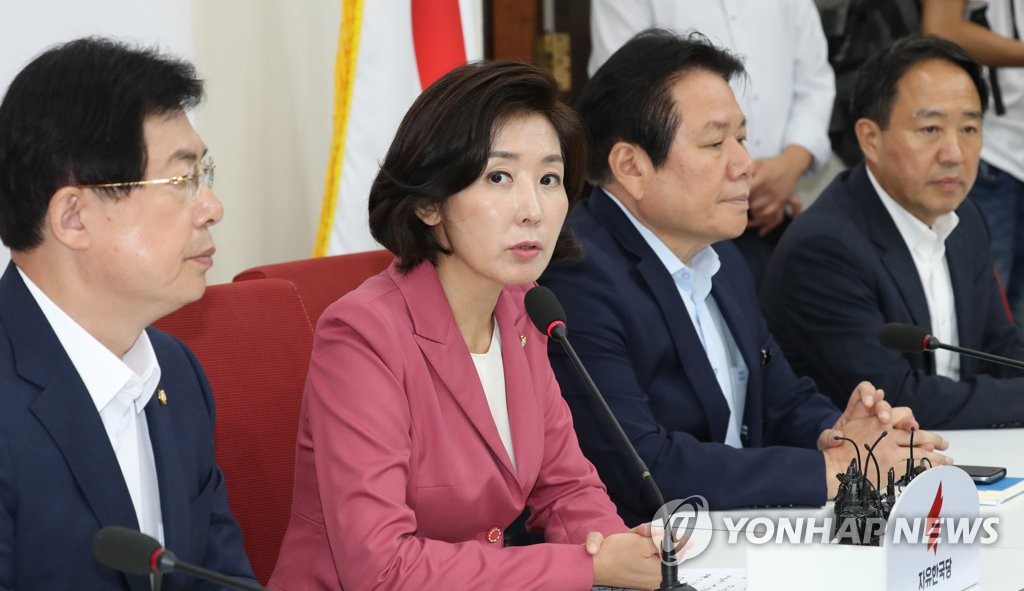