Joh Sung-wook said in a parliamentary hearing that the lack of a class-action system for consumers is one of reasons behind foreign companies' reluctance to issue voluntary recalls or take corrective measures.

Joh, who was nominated by Moon last month to head the Fair Trade Commission, said class-action lawsuits should be revitalized to change corporate perception of South Korean consumers. 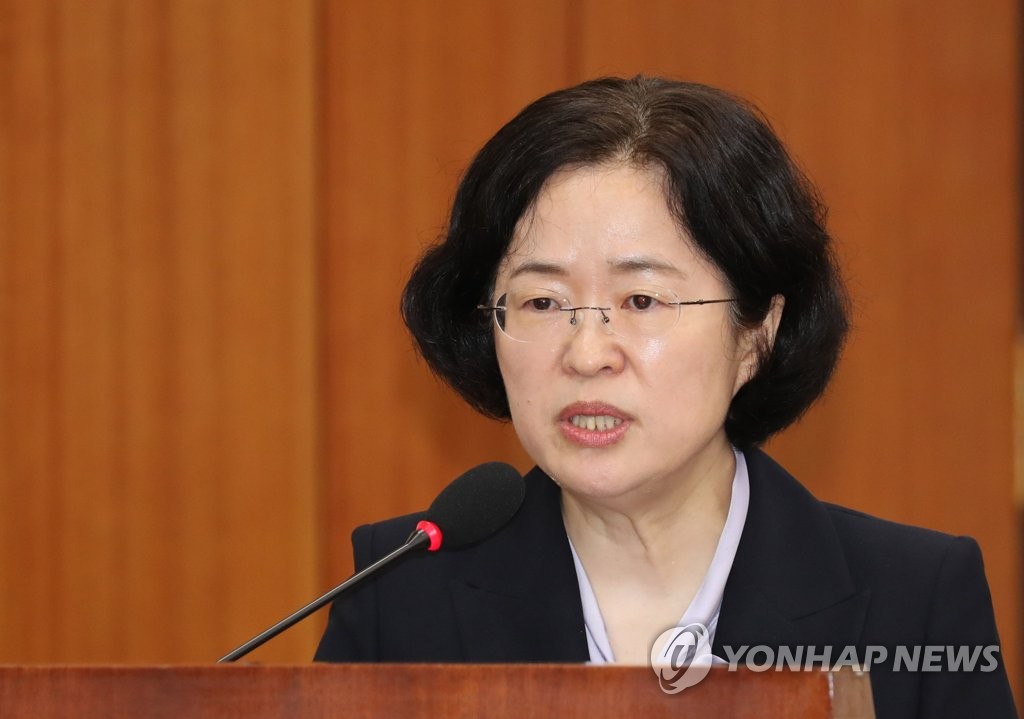 In 2005, South Korea introduced the class-action system, but it is limited to securities-related cases.

A class action is a suit in which victims can enjoy benefits from a court ruling even if they did not directly participate in a legal battle.

Joh also vowed to strictly apply laws to companies regardless of their difficulties over Japan's export curbs and said there is no turning back from the government's commitment to a fairer economy.

South Korea has been pushing to stem unfair business practices and to level the playing field for smaller firms in a country that has been dominated by family-controlled conglomerates, or chaebol, for decades.

Joh, if she gets past the parliamentary confirmation hearing, would be the first woman to lead South Korea's antitrust policy in 38 years.

The parliamentary confirmation hearing is widely seen as a formality because her appointment does not require approval from the National Assembly.

Joh, a professor of business administration at Seoul National University, advised the government on policies related to conglomerates and competition at the state-run Korea Development Institute before serving as a commissioner for Korea's Securities and Futures Commission.