He expressed strong support for a multilateral trade mechanism and opposition to protectionism in a keynote speech at a South Korea-Thailand business forum in Bangkok.

"Standing against protectionism, which raises uncertainty over the global economy and gives rise to 'reduction balance,' is a duty of South Korea and Thailand, which have benefited from free trade," the president said during the event, also attended by Thai Prime Minister Prayut Chan-o-cha.

South Korea will cooperate with Thailand on spreading the free and fair trade order, Moon added. 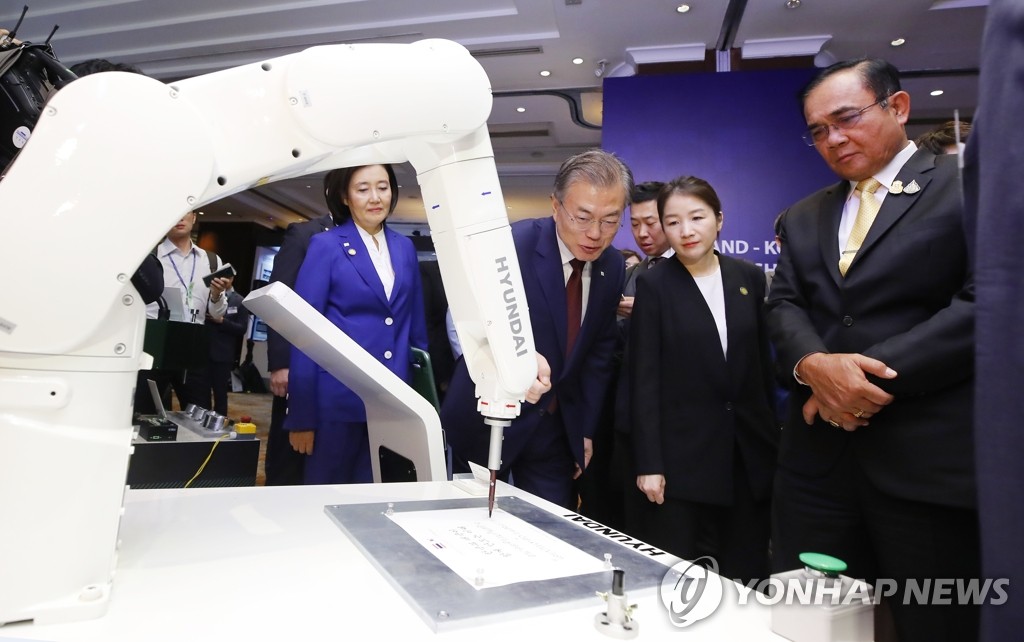 Tokyo is apparently taking revenge on Seoul over its handling of the issue of compensation for Koreans forced to toil in Japanese factories and mines during World War II. 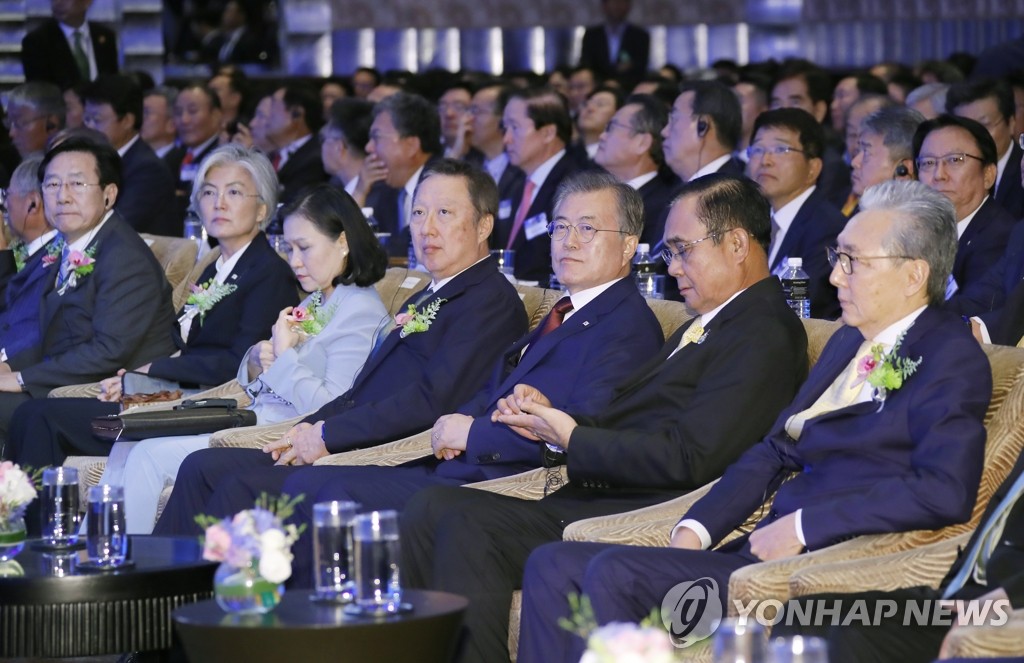 He added the two sides will work together for an early deal on the Regional Comprehensive Economic Partnership (RCEP).

He is scheduled to host group talks with his counterparts from the five nations in Busan on Nov. 29 following a two-day special summit there with the leaders of the 10 ASEAN member states.

On North Korea, Moon noted, expectations are "very high" for its third summit with the United States.

Both countries are believed to have a resolve for dialogue, Moon said, adding peace on the Korean Peninsula will be helpful to Thailand as well.

Earlier Monday, Moon and Prayut held a summit in which they agreed to strengthen partnerships on future high-tech industries and national defense.