At the majestic, elegant entrance hall with ivory colored walls and pillars decorated with gilted plum flower patterns, arched windows and rococo-style fireplaces, three well-dressed musicians are surrounded by an audience of some 100 people, who are mesmerized by a 20-minute string trio of violin, viola and cello.

Hazily reverberating lighting from small chandeliers add a dash of plausible colors to the historical site where Gojong, the penultimate king of the Joseon Dynasty (1392-1910), resided and received foreign visitors.

The scene reminds the audience of an 18th-century European painting on a group of royal family and aristocrats listening to string players with a piano in an opulent, gaudy chamber. 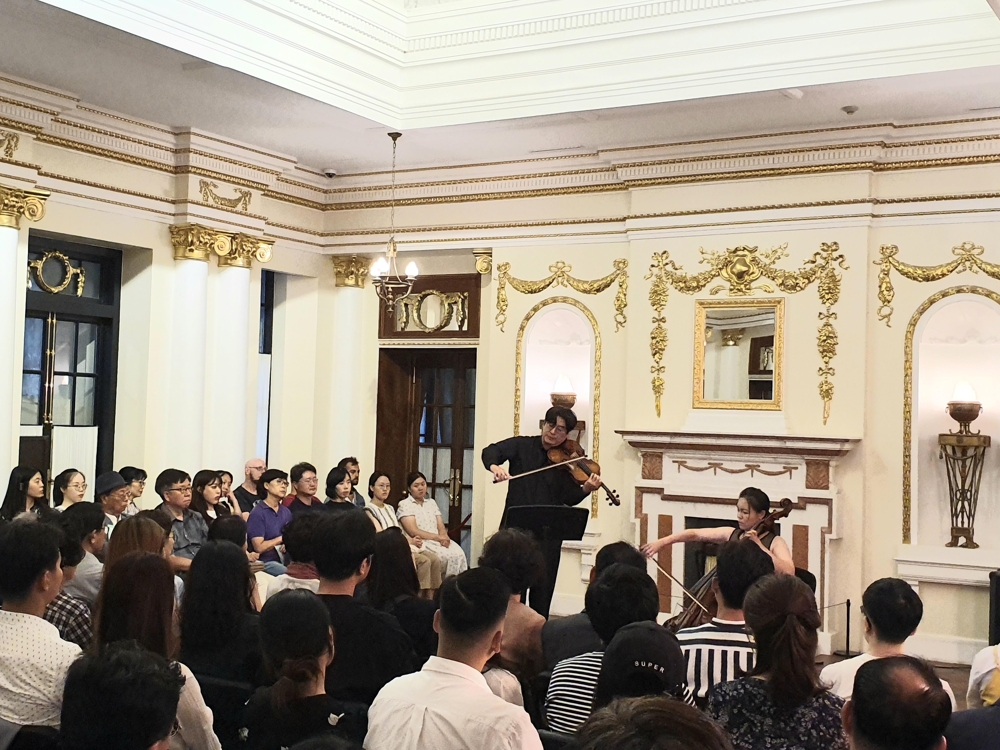 "It was fascinating and amazing. I'm enchanted by the music and the magical mood here," said Ji Ye-jong, who waited more than one hour to attend the concert. "It's like I became a queen from a century ago."

The European-style magnificent stone building of Seokjojeon, which opened to the public in 2014 after years of renovation, is unique among traditional low-story halls at Deoksu Palace, with lines of Ionic-style colonnades and a triangular roof.

The Seokjojeon music concert, launched in 2015, is held every last Wednesday of the month from March to November, with each monthly program having different themes.

In August, chamber music for a string trio written by renowned composers from Germany, Austria and Hungary, including Ludwig van Beethoven and Wolfgang Amadeus Mozart, is played. The next month, piano quartets will herald the start of fall.

The one-hour monthly concert is so popular that the free-of-charge online tickets are all claimed within a minute.

"The concert was motivated by historical records that Korea's first pianist named Kim Yeong-hwan held a recital for King Gojong on his birthday in 1910," said Lee Sang-hee from the Cultural Heritage Administration. "It is intended to provide a high-quality cultural event reminiscent of the royal lifestyle." 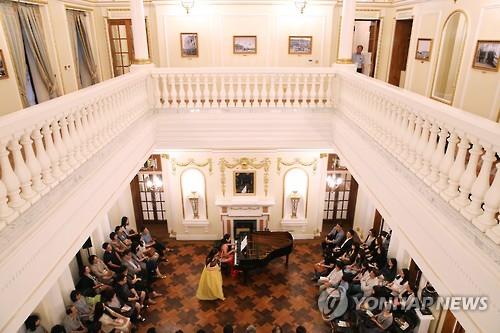 At the same time, however, the soft ambient Western classical tunes and the architectural contrast of Seokjojeon not only create an atmosphere of past glories but also connect to the time when the 500-year-old kingdom was colonized by Japanese imperials.

"The concert was good enough for me to get rid of all the fatigue I had today," said Kim Sook-jin, who works at a company in central Seoul. "But at the same time, the music is like a vivid reminder of the tragic times in the history of Korea." 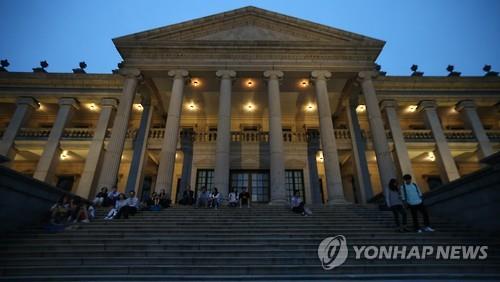 Encompassed by a vast area with modern skyscrapers, Deoksu Palace tells the tragedy of the collapsing Joseon Dynasty in the 19th and 20th century.

King Gojong moved to Deoksu Palace, which was near the residential area of foreign diplomats, from the main Gyeongbok Palace in 1897 after he took refuge in the Russian legation. The palace, which was first built as a residence of a former crown prince in the 15th century, had been abandoned for centuries.

As part of the restoration and expansion plan of the palace, Gojong wanted to build Western-style architecture for his residence to uplift the dignity of the throne amid intensifying threats from Japan.

Designed by British architect John R. Harding, Seokjojeon was intended to be used as the main living quarters for the king, but it took 10 years to be completed in 1910, when the Korean Peninsula was annexed to Japan.

Even after abdicating the throne to his son Sunjong in 1907, he continued to live in this palace, which was renamed "Deoksu," wishing for the longevity of the old king, who died in Hamnyeongjeon in 1919.

The Japan–Korea Protectorate Treaty, which deprived Joseon of its diplomatic sovereignty and made the country a protectorate of Imperial Japan, was forged in 1905 at Jungmyeongjeon, another European-style building in Deoksu Palace.

During the 1910-1945 Japanese occupation, Japan used Seokjojeon as a museum and damaged the interior, while its exterior was also damaged by bombing and arson during the 1950-1953 Korean War.

A year after South Korea declared independence from Japan in 1945, the American-Russian joint commission was held at Seokjojeon.

Now the palace, located in one of the busiest intersections in Seoul, has lost many of its buildings and grounds to modernization and become a small quiet urban park in the capital.

"It was heart-wrenching," Kim said. "I imagined if I were standing here in the past and had to deal with the ill-fated history. I'm so sad." 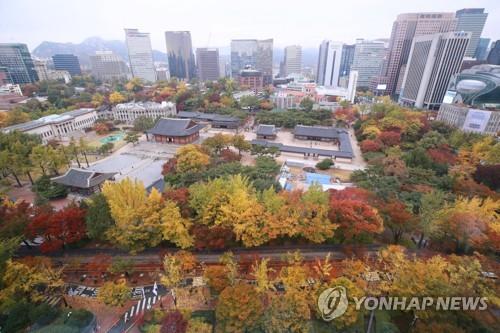