BANGKOK, Sept. 2 (Yonhap) -- South Korea launched an ambitious culture-business program in the Thai capital Monday, seeking to capitalize on the Asiawide boom of Korean culture in the marketing of goods produced by small and medium-sized enterprises (SMEs).

The Moon Jae-in administration has adopted Brand K as an official trademark for goods produced by more than 40 SMEs based in South Korea.

Despite the relatively high quality of their products, the firms have struggled to market them abroad due to weak brand power.

South Korea held a "launching show" for the government-authorized brand in Bangkok, a cultural and economic hub of Southeast Asia. Some cosmetics and other consumer goods were put on sale via a South Korean public home shopping channel.

Moon attended the event held at the CentralWorld shopping complex, along with South Korean football icon Park Ji-sung and such K-pop stars as Weki Meki, Verivery, Sandeul and Ailee. 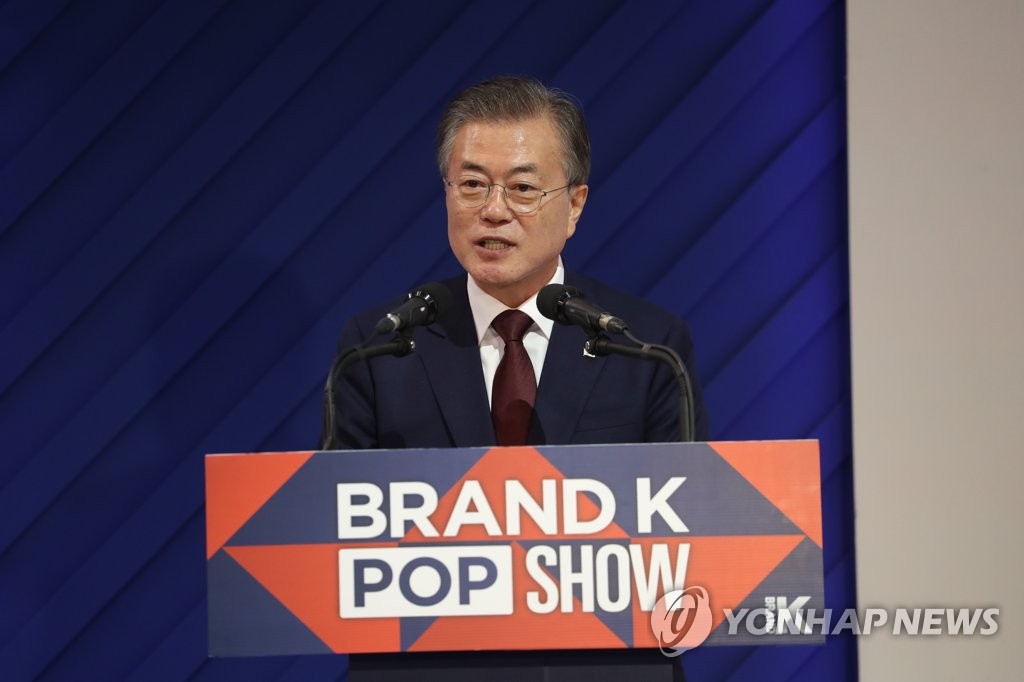 Addressing the audience at the Brand K show, Moon pointed out the influence of the Korean Wave.

"I think the Korean Wave is the very driving force of bringing the people of Thailand and South Korea closer," he said.

Thai people living in a cultural and tourism powerhouse like Thailand have embraced Korean culture with their inclusive nature, he added.

The Brand K event, Moon said, is a stage to confirm the "unlimited potential" for economic cooperation between the two nations.

He added that they will move toward a "new era" of synergy between culture and economy on the basis of traditional bilateral partnerships.

"I hope that it will serve as the first button for the 'Korean Wave economic community' to benefit the economies of both sides," Moon said.