WASHINGTON, Sept. 2 (Yonhap) -- U.S. President Donald Trump on Monday marked Labor Day by boasting of his administration's economic successes, including the revision of a free trade deal with South Korea.

Trump's proclamation for Labor Day was released by the White House on Friday but also tweeted by the president on Monday.

"My Administration has been working tirelessly to renegotiate one-sided trade agreements to obtain fairer terms for American companies and workers," he wrote, citing first the new trade deal between the U.S., Mexico and Canada.

"We also significantly updated one of our most consequential trade deals, the United States-Korea Free Trade Agreement, bringing real benefits to American workers," he added.

The bilateral agreement, known as the KORUS FTA, took effect in 2012 but was revised last year at Washington's request.

Trump had slammed it as a bad deal that took away American jobs and widened the U.S. trade deficit with South Korea.

Under the new deal, the U.S. was able to extend tariffs on Korean pickup trucks by another 20 years to 2041. It also doubled the number of American cars that can be exported to South Korea without further modification.

In exchange, South Korea won an exemption from new U.S. tariffs on steel imports but still faces an annual quota of 2.68 million tons, or about 70 percent of its steel exports to the U.S. in recent years. 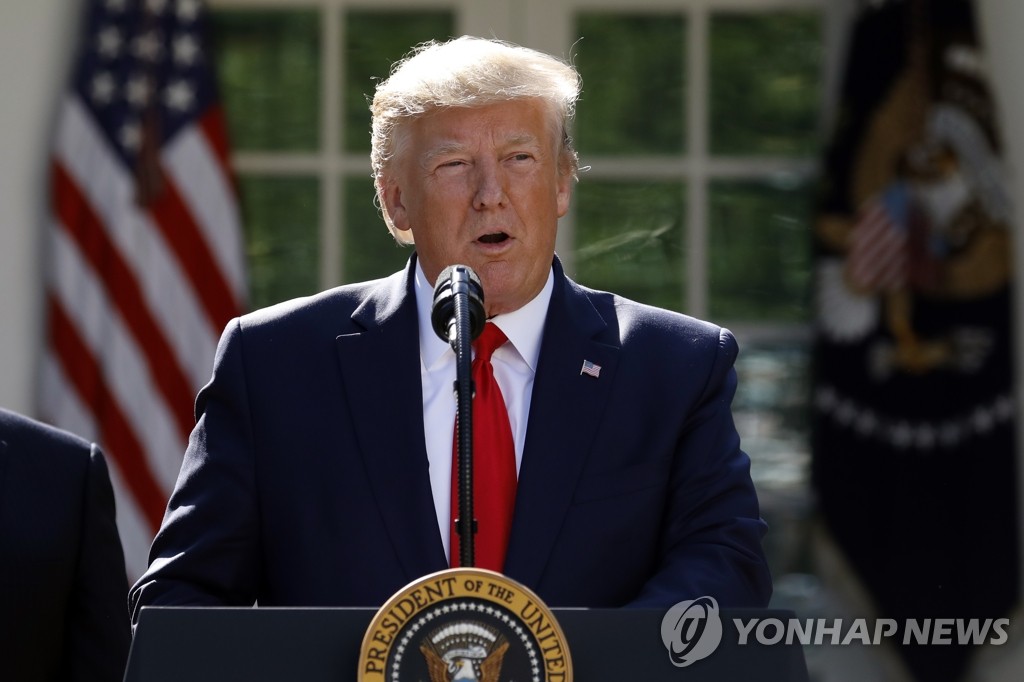