SEOUL, Sept. 3 (Yonhap) -- Hyundai Motor Co. may get a further profit boost in the second half of the year, as South Korea's largest automaker averted its chronic labor strike over wages for the year amid increased uncertainty stemming from a slowdown in the global economy and a slump in emerging markets, analysts here said Tuesday.

Earlier in the day, 56 percent of the automaker's some 43,000-member union approved a wage and collective bargaining agreement, paving the way for the automaker to stay focused on delivering popular models on time without production disruption. The deal includes a raise of 1.7 percent, or 40,000 won (US$33), in basic monthly salary and a cash bonus of between 2.2 million won and 6.2 million won per person depending on working years.

With the union members accepting the deal, Hyundai will have its first strike-free year in eight years. The automaker's union had staged an industrial action every year since its foundation in 1987, except for 2007 and 2009-2011.

Despite the deal, shares in Hyundai Motor closed 1.91 percent lower at 128,500 won on Tuesday, underperforming the broader KOSPI's 0.18 percent loss, as investors locked in part of recent gains. 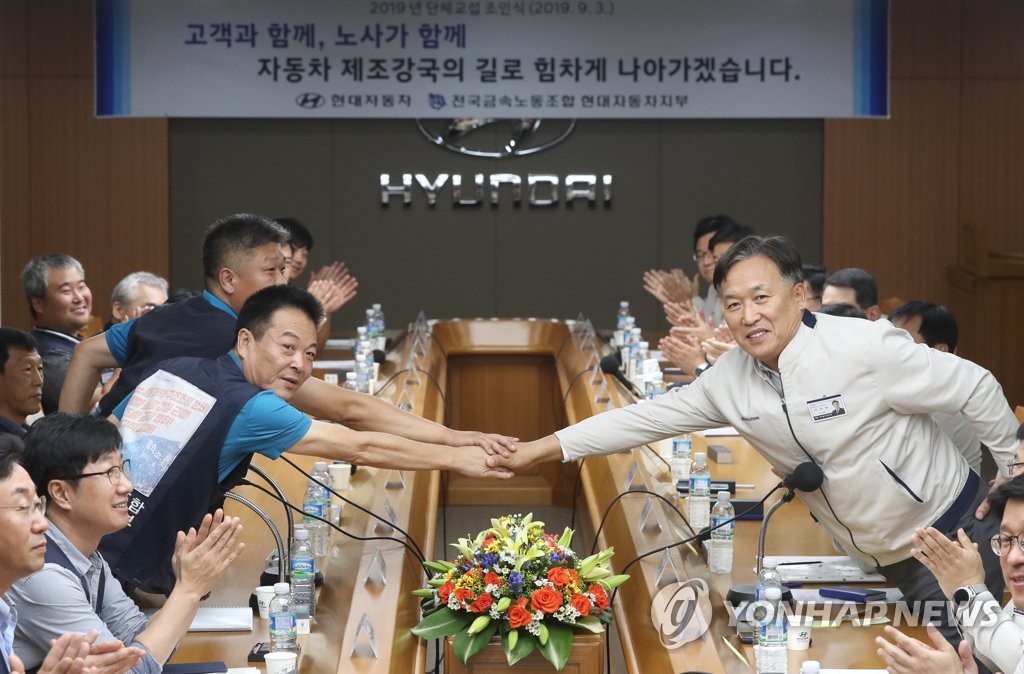 Analysts said the latest wage deal will help propel Hyundai as it will not suffer from a production disruption.

Hyundai posted 50.95 trillion won in sales in the first half, up 8.1 percent from a year ago, while its operating profit jumped 26.4 percent on-year to 2.06 trillion won over the cited period on the back of a weak Korean won and robust sales of new models, in particular SUVs. Analysts said Hyundai will continue to post solid earnings with the latest deal.

Kang Seong-jin, an analyst at KB Investment & Securities Co., claimed that Hyundai can save a maximum 634 billion won by averting strikes.

"Between 1987 and 2018, Hyundai Motor workers went on strike for 14 days on average, causing 48,911 cars on average not to be produced on time every year," Kang said. "Damage costs from production disruption were estimated between 383.8 billion won and 634.2 billion won, but the company will not see that loss this time."

Industry insiders said Hyundai's strike-free wage deal came at a crucial time when the automaker is eager to increase sales on the global markets in the face of the U.S. and China trade war and South Korea's own trade dispute with Japan.

"With growing market uncertainties, we did our best to sign the agreement, so that we can overcome the risks," a Hyundai spokesman said. "We'll now focus on meeting our customers' expectations with perfect quality and stable production."

Business communities hope Hyundai Motor's wage deal may prod other local automakers who have yet to finalize their collective bargaining, to follow suit.

Hyundai Motor's sister company Kia Motor Corp., GM Korea Co. and Renault Samsung Motors Corp. have not reached a wage agreement, with some of them facing strike threats from their labor unions. Ssangyong Motor Co. sealed the collective agreement without a strike.

"It's meaningful that Hyundai Motor, which represents South Korea's auto industry, signed a strike-free wage agreement because it will deliver a positive impact on the local auto industry, as well as the national economy," said a spokesman at the Korea Enterprises Federation. "We hope that Hyundai Motor's case is a good example for developing the relationship between management and labor unions in South Korea." 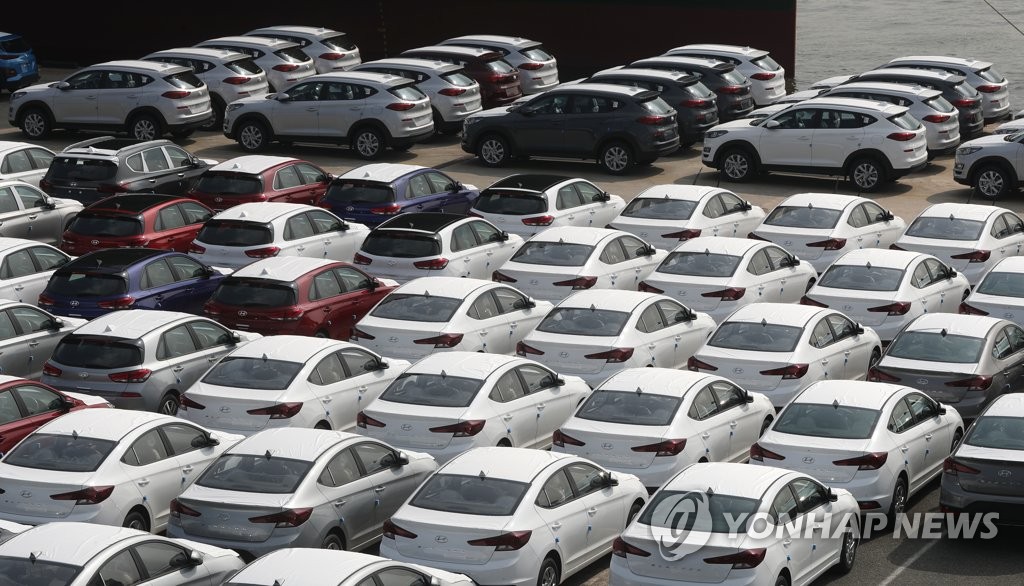