Galaxy A90 will be Samsung's first non-flagship smartphone with 5G connectivity, which goes on sale at the price of 900,000 won (US$741) in the domestic market on Wednesday.

A90 has a 6.7-inch display with a U-shaped notch at the top of the front screen, and a triple camera setup at the back. It packs Qualcomm's Snapdragon 855 chipset and a high-capacity 4,500 mAh battery.

It will be Samsung's third 5G smartphone, following Galaxy S10 and Note 10, which hit market shelves with price tags over 1 million won.

A90 also comes just two days ahead of the highly-anticipated debut of Galaxy Fold, which will be available only in 5G models in the domestic market.

Samsung has promoted a broad range of 5G products and solutions in the global market, aiming to bridge the large gap with the world's top telecom equipment supplier, Huawei, which has faced troubles after being named to a U.S. trade blacklist. 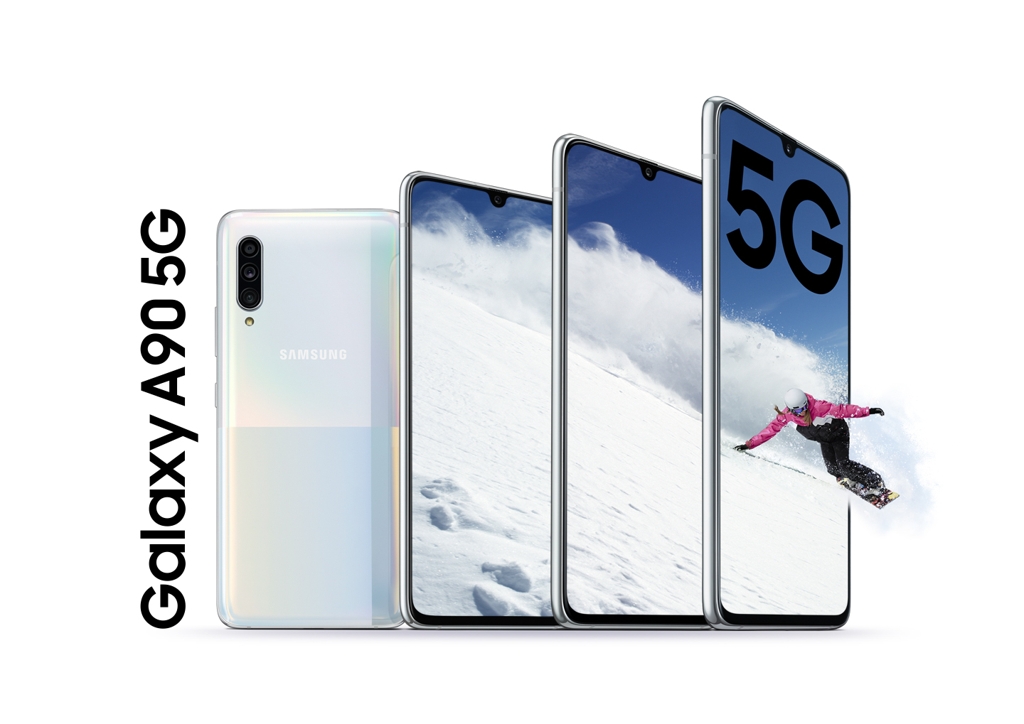