While on overseas trips, the president requested parliament to send the hearing report on the nominee, Cho Kuk, to the presidential office Cheong Wa Dae by Friday, according to Yoon Do-han, senior presidential secretary for public communication.

Moon is expected to press ahead with Cho's appointment as early as the weekend.

The parliamentary adoption of such a report was impossible as a confirmation hearing set for Monday and Tuesday fell through due to political wrangling over a series of corruption scandals involving Cho's family.

The assembly's adoption of a confirmation hearing report is a procedural means to express its consent to the president's nomination of minister-level officials. But such a document is not mandatory for the president to appoint his pick.

The president also made similar requests for other five minister-level officials, all of whom were nominated in a Cabinet shakeup last month.

Cho, former senior presidential secretary for civil affairs, has faced a public outcry over alleged irregularities, including the suspected unfair entrance of his 28-year-old daughter into an elite university and a hefty investment by members of his family in a private equity fund (PEF).

The nominee held a press conference at the National Assembly on Monday to clarify the allegations after his confirmation hearing was scuttled.

Cho has denied key corruption allegations related to his daughter's education and other suspicions.

Moon nominated Cho as justice minister last month, a move reflecting his commitment to reforming the state prosecution to guarantee its political neutrality and grant more investigative power and authority to police.

The prosecution has been intensifying its probe into the allegations since it carried out simultaneous raids on 20 locations last week.

Earlier in the day, prosecutors raided an office of Cho's wife at Dongyang University in Yeongju, 229 kilometers southeast of Seoul, and the Korea International Cooperation Agency in Seongnam, just south of Seoul, where his daughter did volunteer work as a high school student.

The prosecution also summoned a Dankook University professor who is alleged to have given preferential treatment to Cho's daughter as she was listed as the primary author for a pathology academic paper in 2009, when she was still in high school, after taking an internship program under the professor. 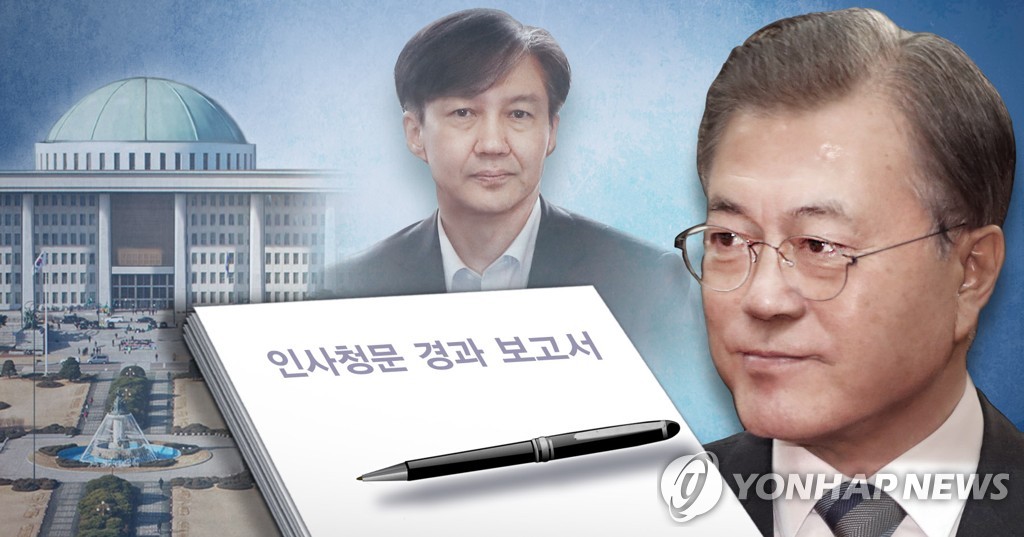