The Traverse comes at a length of 5,200 millimeters, the longest among large-size SUVs sold in South Korea, the automaker said. The seven-seat SUV is also equipped with a 3.6-liter six-cylinder gasoline engine and a nine-speed automatic transmission to generate a maximum 314 horsepower.

The Traverse is the second SUV that GM Korea imported from the U.S., following the Equinox, which was launched last year.

The Traverse is expected to compete with Hyundai Motor Co.'s Palisade and Kia Motors Corp.'s Mohave in the large-size SUV market here.

GM Korea hopes the Traverse launch can push up its sales in South Korea. In the first eight months of the year, the company sold 48,763 units in the domestic market, down 17.2 percent from a year ago. 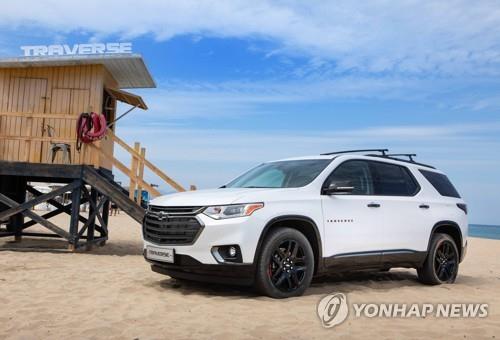