The wallpaper, "Incubation and Exhaustion," first unveiled in her solo exhibition in the La Panacee art space in Montpellier, France, in 2018, was the result of her thorough anthropological study of Occitania, a southern French region that houses the city of Montpellier.

The wallpaper captures the ancient past of Occitania as a region rich in pagan traditions and its very existence today as the French center for high-tech industries in a single, enigmatic imagery that leaves viewers lost in time.

Time features prominently in Yang's latest exhibition, "When The Year 2000 Comes," which kicked off its two-month run till Nov. 17 on Tuesday at Kukje Gallery in central Seoul.

The exhibition's title was inspired by a 1982 Korean pop song with the same title by the then wildly popular female singer Min Hae-kyung, which delved into the imaginations about the forthcoming millennium.

The song is one of the several sound effects deployed in the multisensory exhibition by Yang here, sending the exhibition's visitors to time travel to the year 1982 and imagine the coming of the new millennium from that point in time, effectively inspiring the visitors to transcend the usual perspective of time. In that vein, Yang also explores and compares the life trajectories of two famed artists -- French novelist Marguerite Duras and Korean composer Yun I-sang -- an artistic project presented in printout as part of the exhibition.

Born both in the historically turbulent time in the 1910s, the two artists started their artistic journey in Asia and ended up in Europe. The two were not even aware of each other's existence during their lifetimes, but the project shows, with the omnipotent point of view of someone who closely studied the life of both of the artists, how the two different figures' career and life intersect or overlap in time and space.

In an apparent bid to facilitate such mobility in the viewers' perspective of time, Yang rolled in a hoard of gym balls into the exhibition space, Kukje Gallery's K3 hall, on top of her signature mobile sculptures -- Venetian blind installations, known as "Sol LeWit Vehicles," and spheres of small bells.

The exhibition's smoking incense and sound effects, which include birds' chirping sound, sourced from the broadcasting of the historic first summit between President Moon Jae-in and his North Korean counterpart Kim Jong-un at the Demilitarized Zone in April 2018, provoke its visitors to travel in time and space.

While most of her works on display at the latest exhibition, including her 1977 painting "Treasure Ship," delve into the past, the audio work of birdsong deals with the very present time.

"I was overwhelmed by the summit, imagining how so many people in different spaces and time zones around the world would be watching the same scene at the same time," Yang told reporters in a press conference Monday ahead of her show's opening.

"Peace and the military tension at the DMZ are the very real stories of this very existing time, about which I don't even need to speak a word," she noted.

The exhibition is Yang's first show at her home country in four years and marks her return home to a hero's welcome after she won a prestigious German arts prize, the Wolfgang Hahn Preis, in 2018 as the first Asian artist ever.

Her last show in Seoul was "Shooting the Elephant," hosted by the Leeum Samsung Museum of Art in 2015.

The 48-year-old is also poised to present her new sculpture work, "Handles," at the Museum of Modern Art in Manhattan, New York, when the worldly renowned museum reopens in late October after renovation. 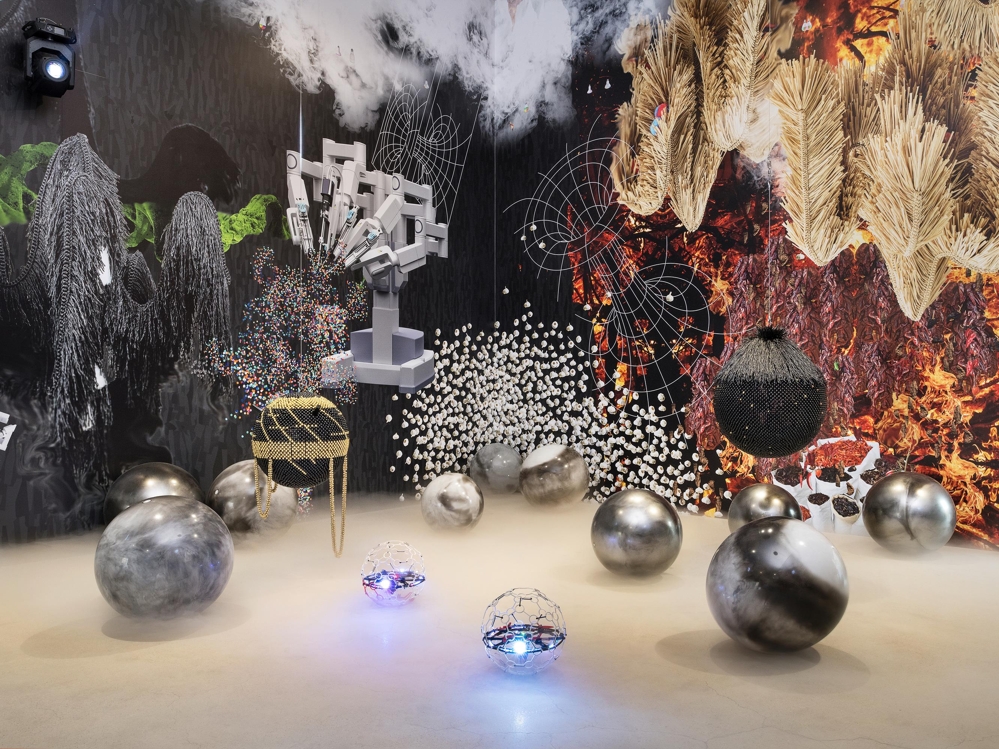