The conservative party condemned Cho Kuk for holding a press conference at the National Assembly a day earlier to defend his stance with "lies and dodging tactics."

"It was a monologue staged by the nominee where there were no data, witnesses and opposition parties," LKP floor leader Na Kyung-won said.

During the news conference, Cho, former senior presidential secretary for civil affairs, denied alleged irregularities over his 28-year-old daughter's education and a dubious investment by his family in a private equity fund (PEF) and other corruption allegations.

A confirmation hearing on Cho, which was originally set for Monday and Tuesday, fell through amid partisan wrangling.

The main focus was placed on allegations that his daughter received preferential treatment as she was listed as the primary writer of a pathology paper as a high school student in 2008 after she took part in a two-week internship program at a medical science institute of Dankook University.

Rep. Kim Jin-tae of the LKP rejected Cho's claim that standards in judging who is the primary or secondary writer seemed to be murky at that time.

"Guidelines on study ethics were already implemented in 2007 or 2008. At that time, his daughter's listing constitutes a violation of such principles," Kim said.

He said the ethics of studies were enhanced after the revelation of the disgraced scientist Hwang Woo-suk's fabricated stem cell research in 2006 shook the nation.

The LKP also dismissed Cho's claims that he and his family did not know details about the PEF and were not involved in the fund operation.

Cho's wife is alleged to have sought to evade the gift tax after she invested over 1 billion won (US$865,765) in the PEF with her two children.

Other investors in the fund are believed to be Cho's relatives, spawning speculation that his family might seek heavy profits with an investment in a PEF with information collected while on duty in a public post.

The PEF bought a stake in a firm that produces automatic switches for streetlamps, and the company later secured hundreds of orders issued by the government and saw an increase in sales.

Rep. Chang Je-won claimed that investors in a PEF receive regular reports on the fund's investment portfolio, rejecting Cho's claim that he did now know anything about the fund.

"A genuine confirmation hearing should convene five days after political parties approve a list of witnesses and the submission of data today," she said.

President Moon Jae-in is widely expected to appoint Cho as the justice minister in the coming days even without a parliamentary hearing. 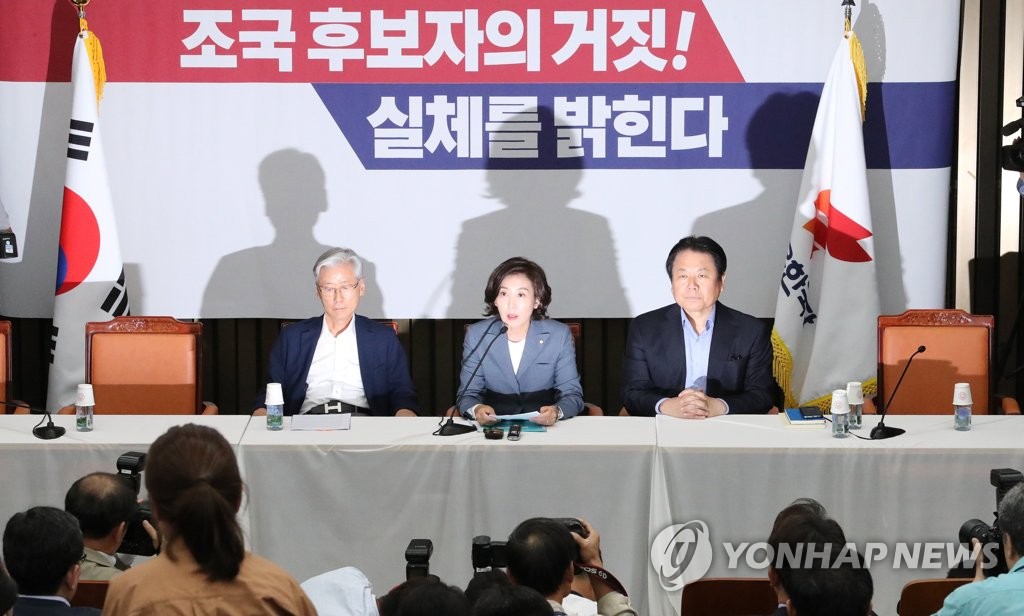