The Seoul Metropolitan Government said it will host the 1st Seoul Korean Traditional Music Festival from Sept. 6-29 to provide citizens and visitors with an easy way to access Korean traditional music, or "gugak."

The festival will start with three days of concerts Friday to Sunday at Bukchon Hanok Village in central Seoul, the site of many traditional Korean homes.

But the highlight of the celebration will be two days of concerts at Seoul Plaza in front of Seoul City Hall starting Sept. 14 during the Chuseok holiday. Some 100 gugak singers, ranging from "pansori" masters Ahn Sook-sun and Lee Chun-hee to rising young stars, will perform Korean traditional solo opera and Korean folk songs.

Throughout the month, visitors will be able to see various performances by traditional instrumentalists and foreign musicians and an original mask dance at such venues as Wonseo Park near Changdeok Palace and the palace's Donhwamun Gate, as well as Seoul Namsan Gukakdang.

More details of the festival, including events, times and venues, are available at www.seoulgugak.com. 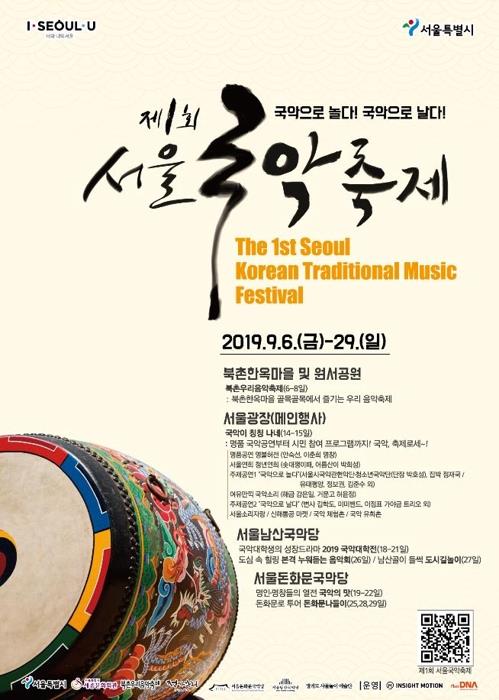