The rival parties had been in a row over scheduling the parliamentary hearing of Justice Minister nominee Cho Kuk, who faces corruption allegations involving his family.

The dramatic agreement was reached during a meeting at the National Assembly between Na Kyung-won, floor leader of the main opposition Liberty Korea Party, and her ruling Democratic Party (DP) counterpart Lee In-young. 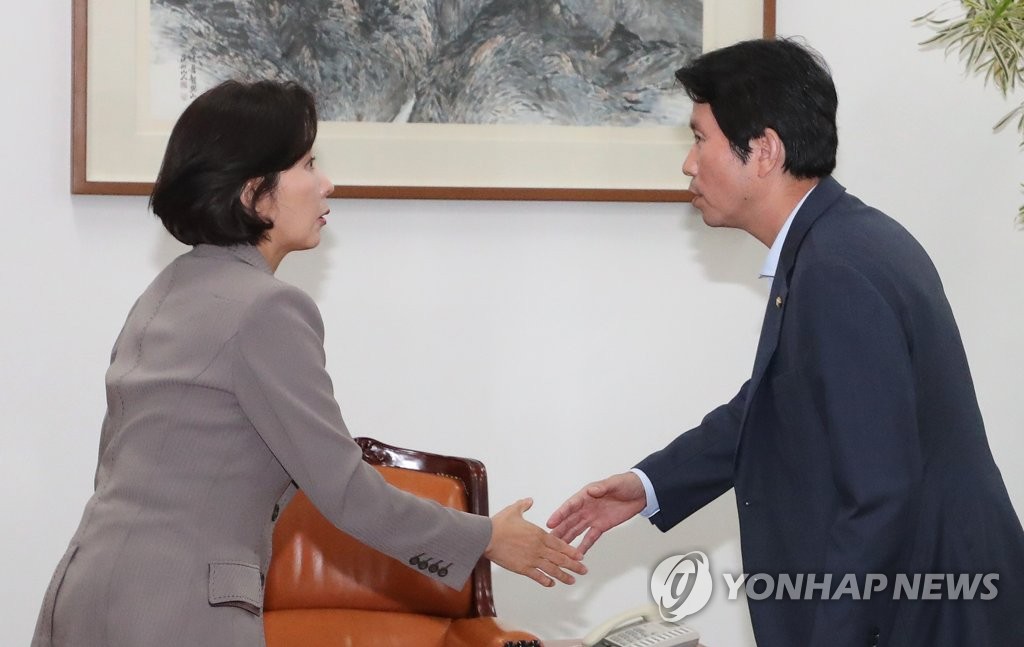 "There was a gap in our opinion, but we've agreed to hold a confirmation hearing for Cho on Friday judging that it is desirable to fulfill the parliament's duty," Na told reporters.

Lee said the two sides have agreed not to request that Cho's family members attend the hearing.

"The legal deadline for summoning witnesses has passed. We will be proceeding with the confirmation hearing without witnesses," the DP floor leader said.

The minor opposition Bareunmirae Party, however, reiterated its earlier stance and implied that it won't attend the hearing.

"President Moon's disregard of the people and the National Assembly has crossed the line," the party's floor leader Oh Shin-hwan said earlier in the day. 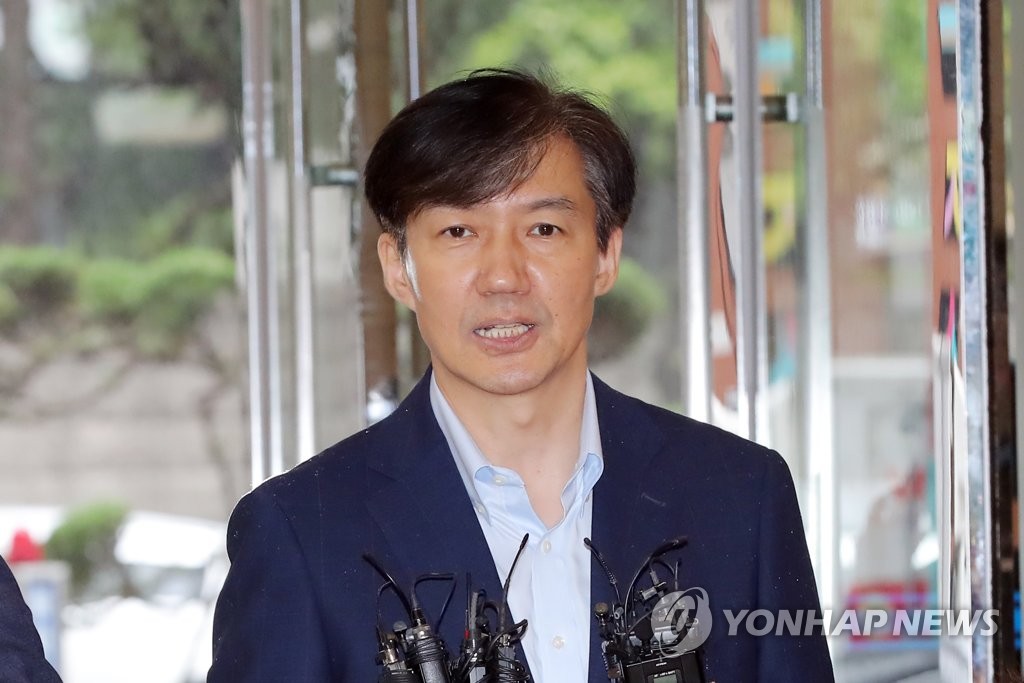 The minister nominee welcomed the decision, saying that he will clarify the allegations in a detailed manner during the hearing.

Prosecutors have conducted far-reaching raids on more than 20 key locations linked to corruption allegations regarding his 28-year-old daughter's education and a dubious family investment.

However, Cho has consistently defended his family's innocence. On Monday, he held a surprise press conference, denying all the claims against him.

The Wednesday agreement came a day after President Moon Jae-in asked the National Assembly to send a hearing report on Cho by Friday. If parliament does not do so, the president was expected to appoint his pick as early as the weekend.

The presidential office Cheong Wa Dae said Tuesday that technically speaking, it is possible for the assembly to hold the hearing, but everything is up to the political parties.

"(We) anticipate that Cho will clearly explain previous allegations as well as those raised after the press conference at the confirmation hearing," Yoon Do-han, senior presidential secretary for public communication, said.

Cho, a law professor who previously served as a senior presidential secretary, is widely viewed as a key figure tasked with pushing ahead with Moon's drive to reform the state prosecution.

The South Korean public has been sharply divided on the prospect of Cho's appointment.

A Realmeter poll showed on Wednesday that 51.5 percent of the respondents oppose Moon's appointment of Cho. But the proportion of people supporting his appointment rose to 46.1 percent, a reduction of the gap between the two groups from a previous poll.