"The 4th Bucheon BBoy International Championship (BBIC) World Final will open at the city hall from Friday to Sunday, with some 600 breakdancers from 24 countries to compete," the city government said.

The global competition will be supervised by South Korean B-boy group Jinjo Crew, which has swept the world's top five B-boy contests, including Battle of the Year and the UK B-Boy Championships.

The competition will consist of solo battles and performances featuring B-boying, popping and rocking among other forms of hip-hop dance.

Free performances by such renowned groups as Jinjo Crew, Regstyle and Zeroback will also take place. 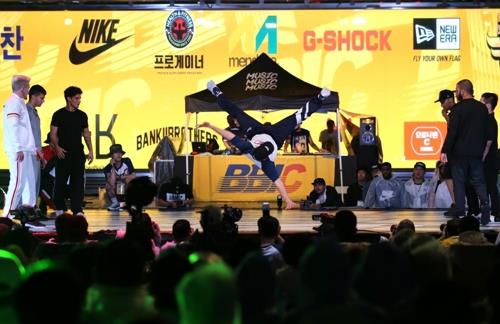 World B-boy competition to kick off in Bucheon

World B-boy competition to kick off in Bucheon