He will become South Korea's first president to make a state visit to Laos, which reflects his signature New Southern Policy.

Moon is scheduled to have back-to-back meetings with President Bounnhang Vorachith and Prime Minister Thongloun Sisoulith.

High on the agenda are partnerships on hydroelectric power, ICT and farm villages. Laos is nicknamed the "battery of Southeast Asia" for its abundant water resources from the Mekong River. Also to be discussed are how to cooperate on regional peace, as the Lao prime minister is expected to reaffirm the country's support for the Korea peace process.

With the trip to Laos, Moon will keep his promise to visit all 10 members of ASEAN during his presidency.

Laos is the last leg of his weeklong tour of the region, which also took him to Thailand and Myanmar. 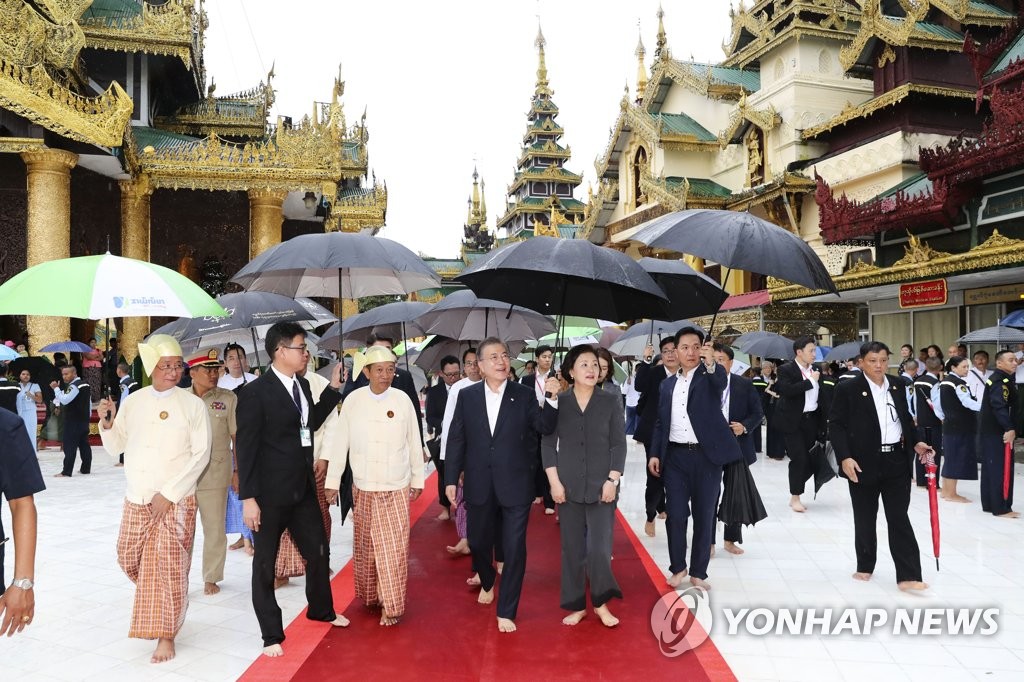 Moon is seeking to lay the groundwork for his special summit with counterparts from ASEAN member states on Nov. 25-26 to celebrate the 30th anniversary of South Korea and ASEAN establishing their formal dialogue.

The following day, he will host a separate summit there with his counterparts from five ASEAN countries around the Mekong River -- Cambodia, Myanmar, Laos, Vietnam and Thailand.

More than 174,000 South Koreans travel to Laos each year.