SEOUL, Sept. 5 (Yonhap) -- Chinese Foreign Minister Wang Yi has returned home after a three-day visit to Pyongyang but apparently without meeting with North Korean leader Kim Jong-un, according to the North's state media on Thursday.

Wang arrived at the Beijing Capital International Airport on Wednesday evening, after meeting with his North Korean counterpart, Ri Yong-ho, and Ri Su-yong, vice chairman of the ruling Workers' Party of Korea's Central Committee, in Pyongyang.

Reporting on Wang's meeting with the vice chairman, the North's main newspaper, the Rodong Sinmun, said Wang asked Ri to extend Chinese President Xi Jinping's greetings to Kim, in an indication of the absence of his meeting with the North Korean leader.

Wang expressed support for carrying out "the strategic line and goals" set forth by Kim during his meeting with Ri Su-yong and "affirmed that China will always stand on the road as comrades and friends" of North Korea, according to the KCNA.

Ri Su-yong "underscored the need to develop the traditional relations of friendship and cooperation between" the two countries onto a "new high stage this year marking the 70th anniversary of the establishment of diplomatic relations by" implementing the agreement made by their leaders.

Wang's visit has raised speculation that Kim could soon visit China in return for Xi's Pyongyang trip in June, and that the Chinese top diplomat's trip was intended to arrange Kim's visit.

Wang last visited Pyongyang in May 2018, just a month before Kim and U.S. President Donald Trump met in Singapore. Right after Wang's trip, Kim visited China for his second summit with Xi.

Geng Shuang, spokesperson of China's foreign ministry, told reporters in Beijing that Wang's latest trip to Pyongyang was timely and necessary in that the two countries are marking the 70th anniversary of establishing diplomatic ties, saying it has reaffirmed the importance of moving their relations forward.

He, however, did not provide a direct answer to a question on whether Wang met North Korean leader Kim, just saying that all things regarding Wang's stay in North Korea have been announced.

His visit to Pyongyang comes as North Korea has been ramping up criticism of the United States amid a prolonged impasse in their nuclear talks. Last week, Pyongyang's First Vice Foreign Minister Choe Son-hui said expectations for talks with the U.S. are fading away.

China and North Korea have been showing off their strong relations, particularly since Xi's trip to Pyongyang in June, which was the first visit by a Chinese head of state to North Korea in 14 years. Kim has visited China four times since March 2018. 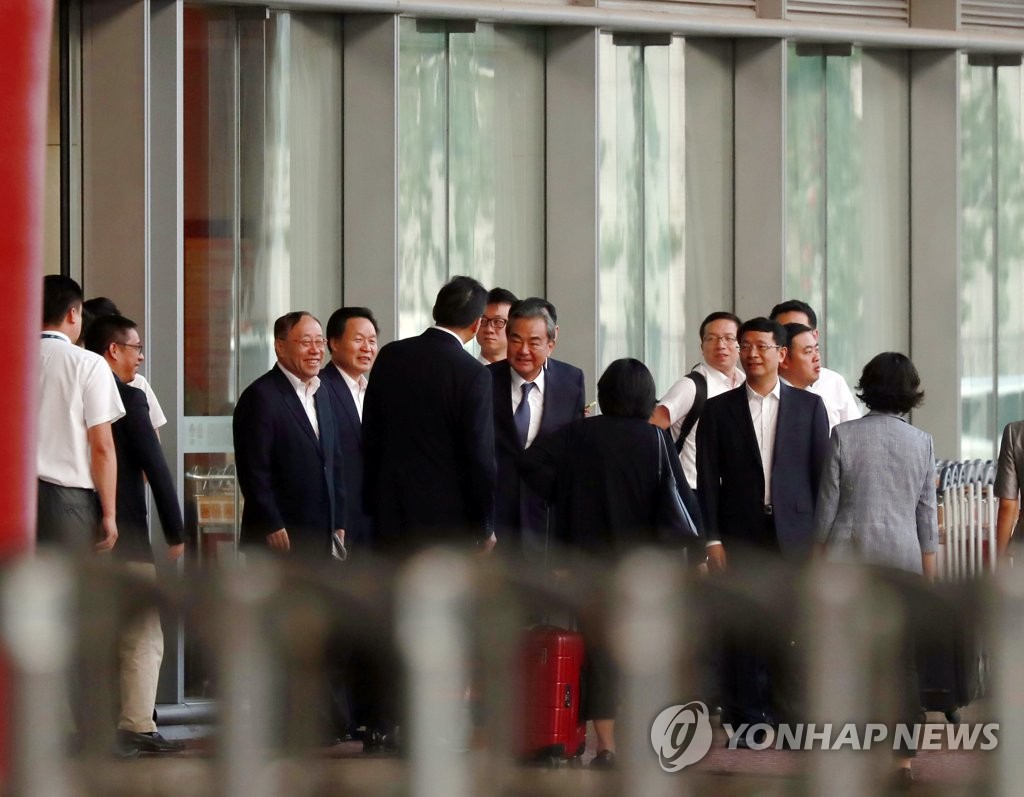