With IFA 2019 only a day away from opening in Berlin, nearly 20,000 manufacturers and brands are set to introduce their latest products and services that will hit shelves during major shopping seasons, including Black Friday and the Christmas holiday.

Samsung Electronics Co. and LG Electronics Inc. -- South Korea's major tech firms -- are expected to clash over their 8K TV technology as they try to expand their presence in the still nascent market.

Only one year after launching 8K QLED (quantum dot LED) television, Samsung said it aims to "democratize" the technology with a full lineup of QLED 8K TVs by adding a 55-inch model to the current 65-, 75-, 82- and 85-inch lineup.

"With this new addition, Samsung is responding to consumers' demands for greater choice by providing a range of size options to suit different homes," Samsung said. 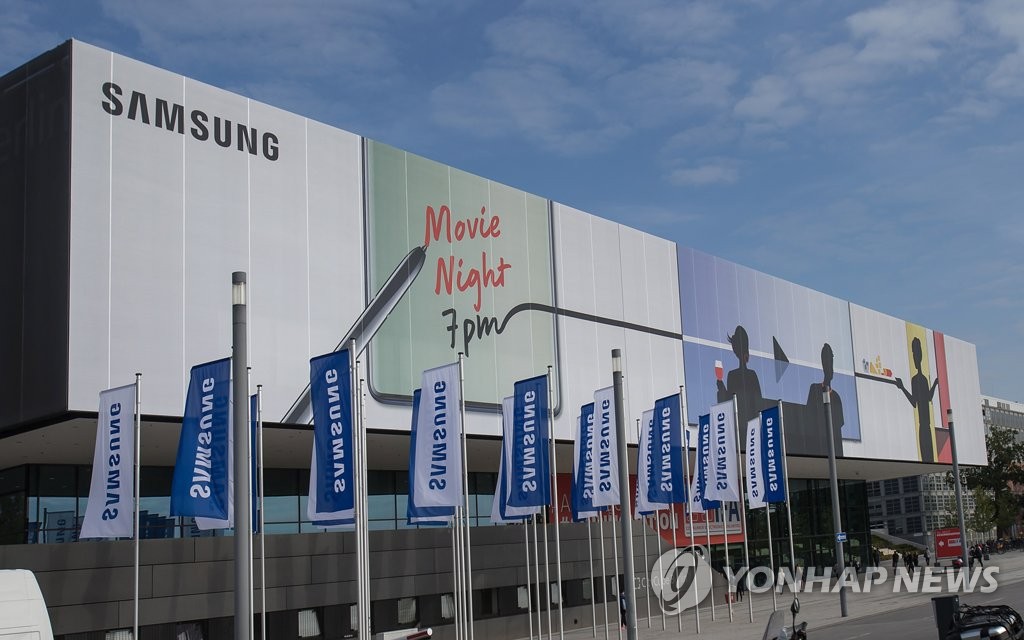 As the line between furniture and home appliances continues to blur, Samsung is set to bring a slew of customizable home appliances to cater to varying customer needs, including its new BESPOKE refrigerators.

Samsung also formed a partnership with Whisk, a smart food platform developer, to suggest shopping lists on Family Hub smart refrigerators with a tough screen outside.

LG Electronics Inc. has a long tradition of creating mesmerizing displays with its curved OLED (organic light-emitting diode) TVs, and IFA will be no exception.

LG will display a massive artificial waterfall at its booth entrance, which is made of 260 55-inch OLED panels.

Passing through the waterfall display featuring Dolby's Atmos sound, visitors will face six rollable TVs, which will roll up and down to demonstrate moving waves and sunsets.

LG said the installments are possible only with its OLED technology because it emits lights without a blacklight panel unlike LCD TVs, capable of more flexibly changing form factors, like making it razor thin or rollable.

The Korean electronics maker launched an 88-inch 8K OLED TV, which has four times as many pixels as the 4K, at home in July and plans to bring the premium TV to 10 nations, including Germany, Britain and the United States.

Like Samsung, LG stressed its AI processor for 8K TVs, which upgrades lower resolution content based on its deep learning technology. 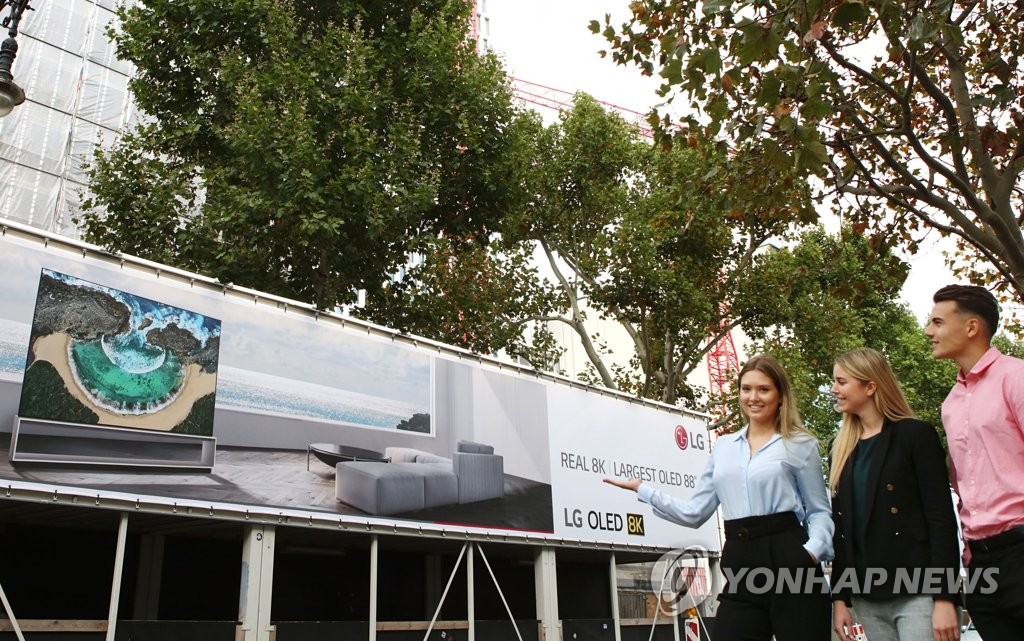 At its AI exhibition hall named LG ThinQ Home, the electronics maker will share its vision on how consumers can benefit from AI and Internet of Things (IoT) technologies.

Visitors can search for their favorite movies on TVs with voice control and command air purifiers and cleaners via a speaker connected to the gadgets.

Its AI technology will tell you not to block the airflow of a fridge or not to use too much detergent in a washing machine, LG said.

In a cinema room, visitors can turn on the speaker and screen, and adjust lights with just their voices.

Apple AirPlay 2 and HomeKit integration will allow consumers to stream content from a compatible iPhone, iPad and Mac to their TV, which will be become available in October. LG is the first global TV manufacturer to support Apple HomeKit.

The LG ThinQ AI ecosystem with built-in Google Assistant and Amazon Alexa, also available starting in October, makes LG the only TV brand to talk directly to both leading AI platforms without the need for additional hardware, it noted.

Samsung, LG to showcase future of home appliances at IFA 2019

Samsung, LG to showcase future of home appliances at IFA 2019