BUSAN, Sept. 5 (Yonhap) -- He spent the past several years working for a boss who emphasized the importance of the process. And now Sung Min-kyu, the former Chicago Cubs scout named the new general manager of the worst team in South Korean baseball this year, wants to instill the same culture in his new club.

The Lotte Giants of the Korea Baseball Organization (KBO) hired Sung as their general manager on Tuesday, tasking him with turning around a proud franchise stuck in last place in 2019. Sung had been in the Cubs organization for more than a decade, most recently as the Pacific Rim scouting supervisor and special assignment professional scout. 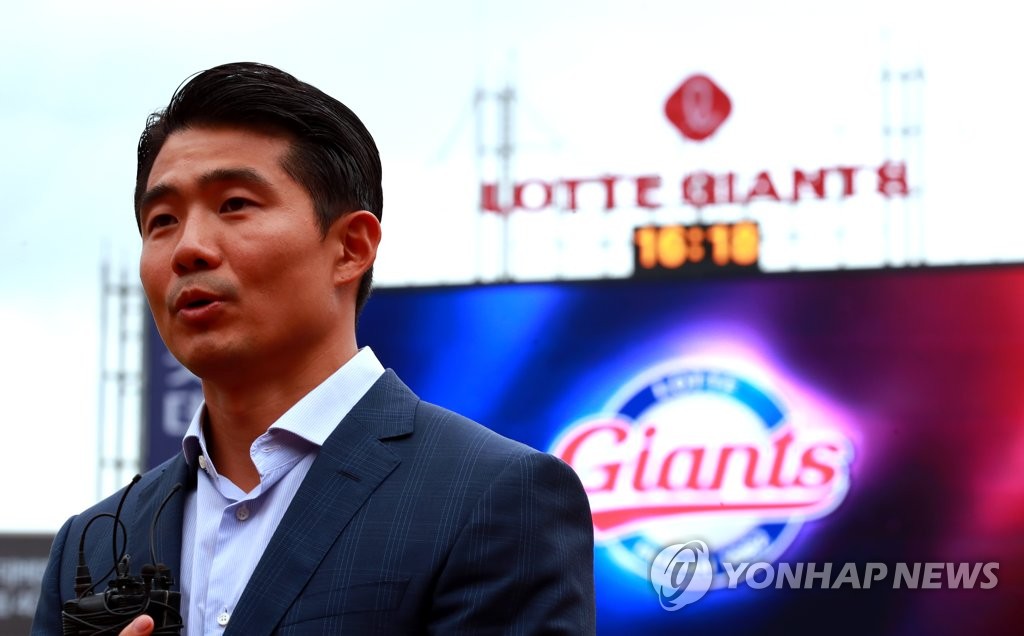 In 2011, Sung started working under Theo Epstein as the Cubs' new president of baseball operations. A prominent figure in the new generation of data-driven baseball executives, Epstein oversaw the Boston Red Sox's first World Series title in 86 years in 2004 and ended the Cubs' World Series drought at 108 years in 2016.

Epstein is credited with coining the phrase, "Trust the process." And in his introductory press conference Wednesday, Sung said he is a firm believer in the same idea.

"My baseball philosophy is all about the process," Sung told reporters Wednesday evening at the Giants' home, Sajik Stadium in Busan, 450 kilometers southeast of Seoul. "Everything needs a process. And once we establish that, we'll be able to stay on the right course."

The Giants are being managed by interim boss Kong Pill-sung, former bench coach who replaced Yang Sang-moon in July. In the team's search for a new full-time skipper, Sung reiterated that the process will be the key.

"We have to figure out what type of club we have on the field, and then decide who would fit the bill," Sung said. "If people tell me, 'Let's just hire this man,' then it's going to run counter to my process."

Sung called himself a "devotee" of sabermetrics, the analysis of baseball statistics, and said he was able to move up the ladder in the Cubs' front office because of his knowledge of data. But that doesn't mean the new Lotte manager has to be an analytics-savvy type. 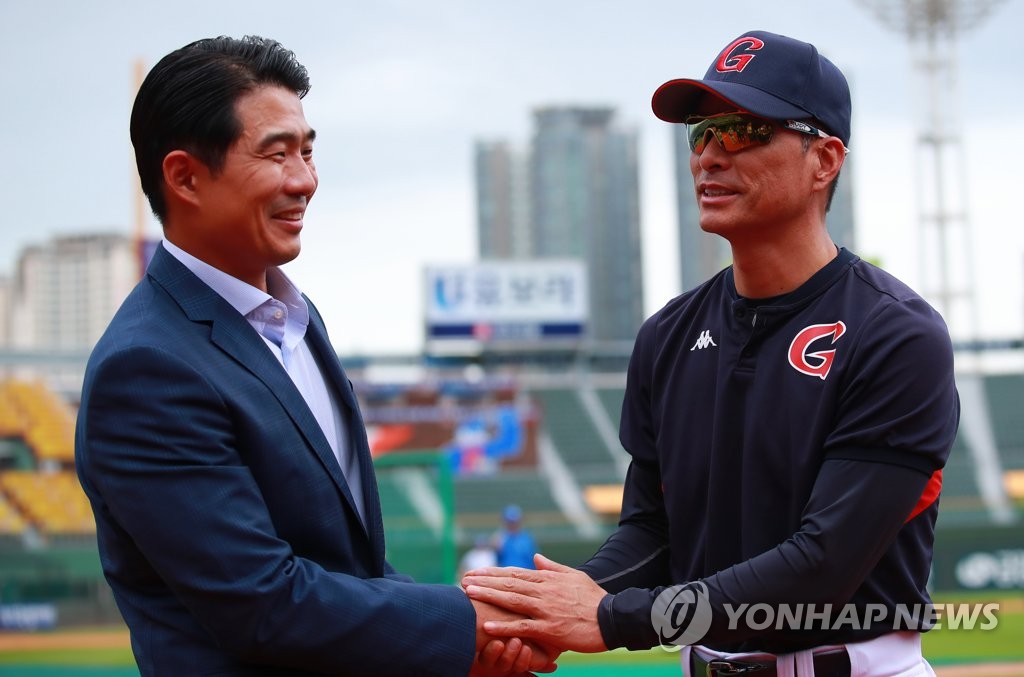 "First and foremost, our new manager must be liked and respected by our players," Sung said. "If he can control the club house, then he doesn't have to know all the data. We can just hire an expert in that area."

The Giants entered Wednesday's action at 44-79-3 (wins-losses-ties), the league's worst record by two games. This season is already a lost one for the Giants, which should allow Sung to start planning for the future immediately.

Sung said that during his interview process he told the Giants' executives that he didn't believe in tanking, the practice of purposely losing games to finish near the bottom of the standings and secure high draft picks the following year.

"I don't think tanking or forced rebuilding will work in this league," Sung said. "In the KBO, the top-five teams make the postseason. If I were the manager of a team in sixth or seventh place, I'd want to move up to fifth place. I told the executives that we should try to win as many games as we can and strengthen our minor league."

Sung said the key to what he calls "remodeling" is to create an environment where players can focus only on baseball and surround them with capable coaches. 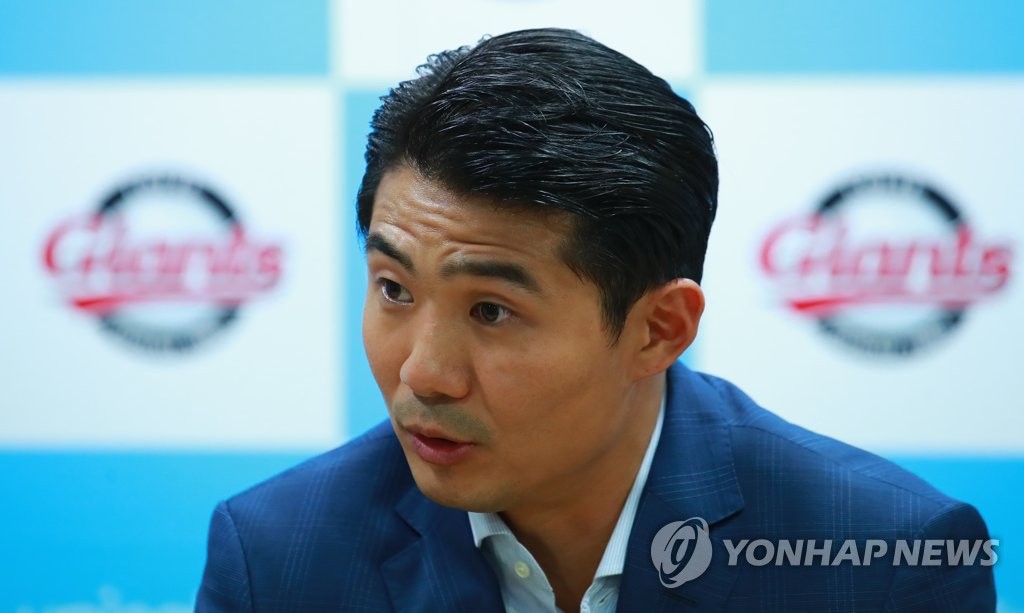 "If we can set up this process, we may not get the results right away, but we'll become a winning club later on," Sung added. "It's the players, not the front office, that play the game. My job is to build a process that allows us to draft well and sign good foreign players and free agents."

Sung, at 37, is the youngest general manager in the KBO. He also has an unusual background as a former U.S. minor league player, minor league coach and major league scout.

Sung said he doesn't feel any added burden just because he's different from others, adding, "Since I was a kid, I've always liked going on a path that others haven't gone before."

He said, "I want to make sure that I stay humble and grounded, and that I won't come across as being arrogant."