BERLIN, Sept. 5 (Yonhap) -- Creating a "whole new smartphone category" is easier said than done, and it was especially so for Samsung Electronics Co.'s first foldable device, which will finally hit the shelves after months of delay.

Samsung said it will take the wraps off its revamped Galaxy Fold to allow visitors to the IFA Berlin technology expo slated for Sept. 6-11 to try out its new device. The phone is set to be released in South Korea on Thursday with a price tag of nearly US$2,000. 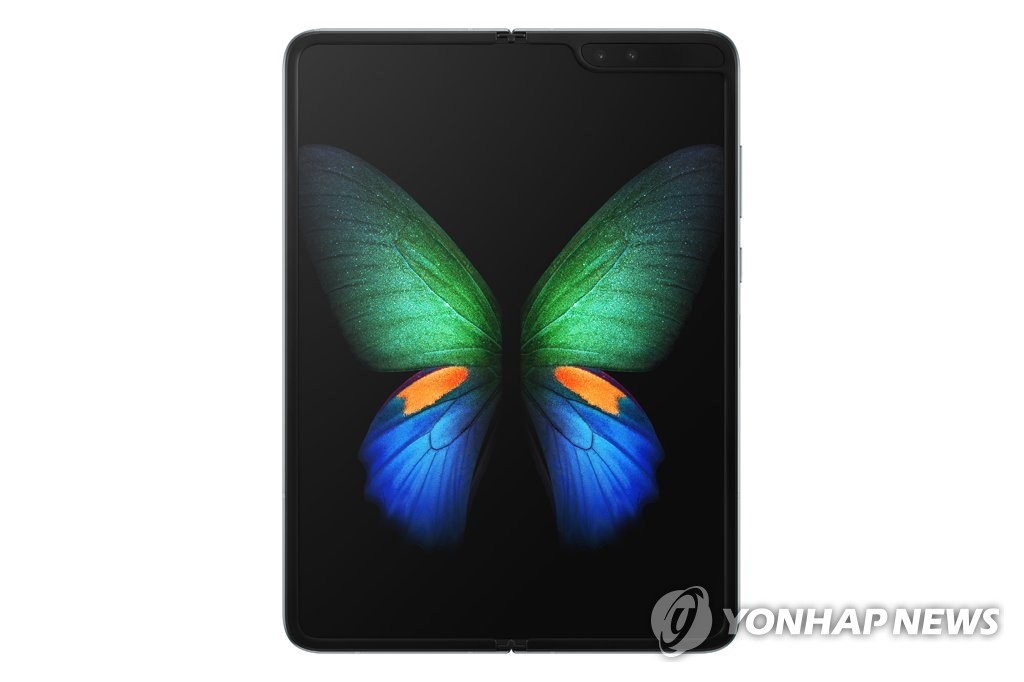 The South Korean tech giant had initially planned to launch the device in the United States in late April but postponed it over durability issues discovered by early reviewers.

The Galaxy Fold has a 7.3-inch display that becomes a 4.6-inch screen when folded and is designed to enhance multitasking experiences. It is 6.9 millimeters thick when unfolded and 17 mm thick when folded.

The premium smartphone packs a next-generation AP chipset and 12 gigabytes of RAM, as well as six cameras, the firm said.

Samsung said it extended the top protective layer of the display beyond the bezel, making it hard for users to peel it off. The top and bottom of the hinge area have been strengthened with new protection caps, and additional metal layers underneath the display have been included to reinforce the protection of the display, it noted.

With this first generation model only available in a 5G version in South Korea, Samsung said it will expand its foldable device lineup to meet the varying demands of customers.

It is Samsung's fourth 5G smartphone, following the Galaxy S10, Note 10 and A90, reinforcing its product portfolio for the ultra-fast network.

Samsung said the top-of-the-line device will be available in select markets, including the United States, Germany, France, Singapore and Britain, in the initial stage, and it will decide its marketing strategy based on feedback from early adopters.

The world's largest smartphone maker brought the innovative phone to the market amid diminishing phone sales as consumers wait longer to upgrade their phones and cheaper Chinese brands expand their clout in emerging markets.

Though Samsung expressed hope that its most expensive ever phone could rev up its mobile business, market watchers said it will have a limited impact due to its high price and lingering concerns over durability issues for the first-generation device.

Its Chinese rival Huawei had planned to release a more expensive foldable phone, the Mate X, earlier this year, but it once again delayed its launch to November, illustrating the difficulties of perfecting a durable, flexible display.