SEOUL, Sept. 5 (Yonhap) -- Seoul on Thursday held a meeting to monitor Typhoon Lingling's route and discuss measures to minimize damage as the typhoon is expected to hit the country later this week.

Ministry and provincial government officials reviewed measures aimed at limiting damage and ordered local governments to inspect safety plans, according to the Ministry of Interior and Safety.

"We advise people to refrain from going outdoors and inspect embankments and sewers in residential areas," Interior Minister Chin Young said during the meeting. 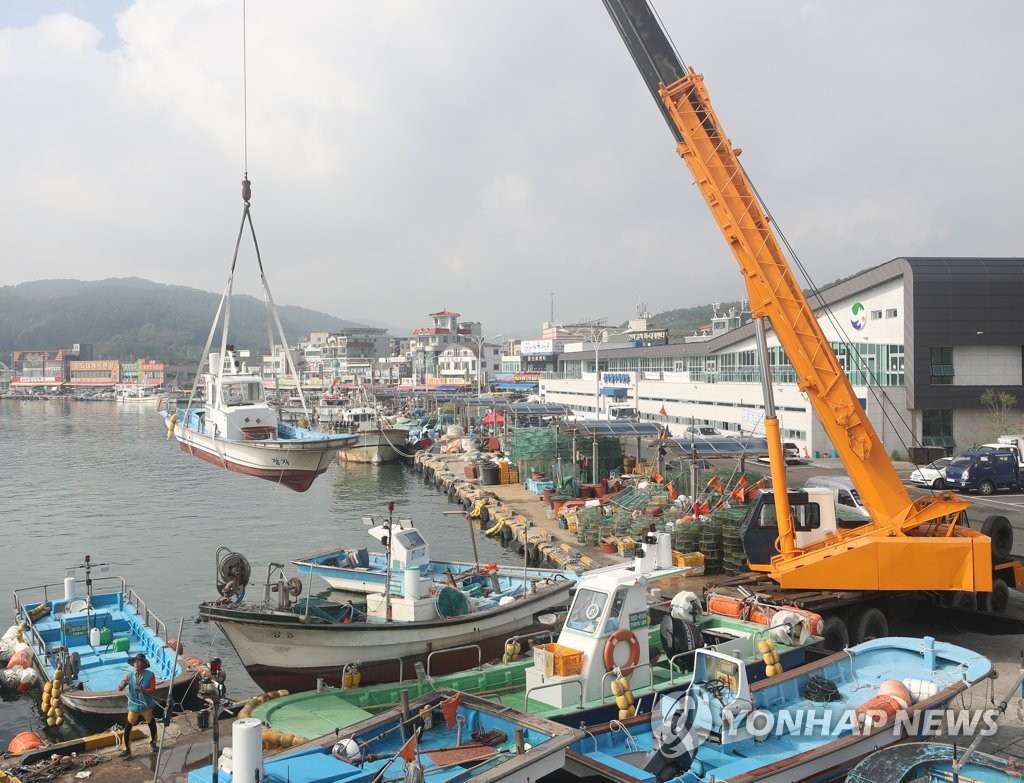 Typhoon Lingling is forecast to affect the Korean peninsula as early as Friday and directly hit the wider metropolitan area on Saturday, according to the weather agency.

The typhoon is picking up speed as it moves northwards. It was passing seas southwest of Okinawa, Japan at a speed of 19 kilometers per hour at 9 a.m.

Its central pressure was 960 hectopascals, and the maximum wind speed near its center was 39 meters per second with a wind radius of 350 kilometers. 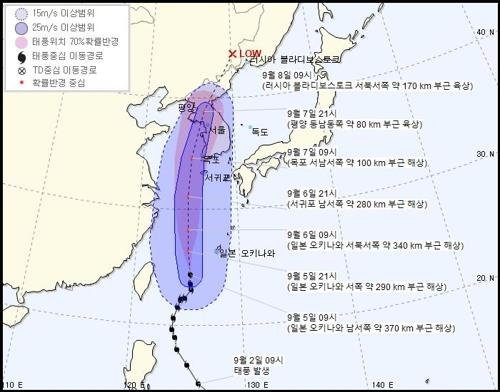 The weather agency warned of damage from strong winds in the southern and western regions of the country between Friday afternoon and Sunday morning. Maximum wind speed is expected to hit 126-162 kilometers per hours, or 35-45 meters per second.

Winds of 28.5-32.6 m/s can uproot trees, while stronger gusts of 32.7 m/s or more can topple ships, according to the Beaufort wind force scale.