The Korean electronics maker unveiled V50S on the first day of the IFA technology show in Berlin, which runs until Sept. 11.

LG promoted the new device as a practical way to extend the screen size, without having to actually bend the display itself like Samsung's Galaxy Fold. The company said it targets young consumers who want to do more on mobile devices, including games and shopping.

The new phone will be launched as a 5G model in South Korea next month and will be available in a 4G variant under the name of G8X in the coming months, the firm said. 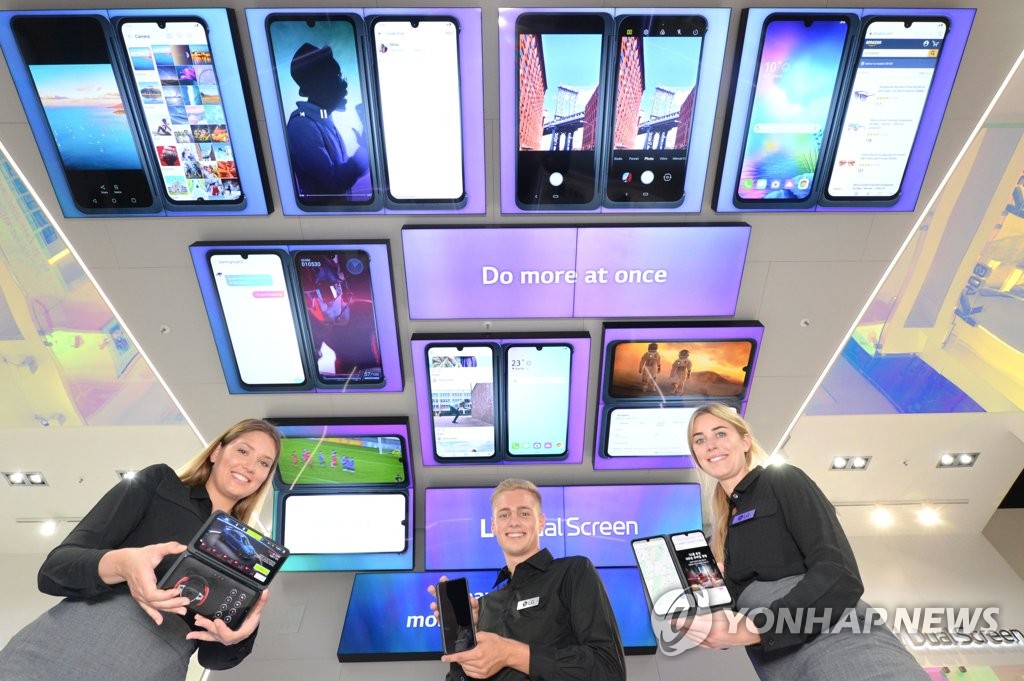 While its predecessor V60's second screen accessory was not available the United States, V50S will come with both screens.

V50S features a 6.4-inch display with a waterdrop cutout and dual rear cameras. A detachable second display has a cover screen on the back to show the date and time.

When combined with the second screen, it weighs 326 grams, heavier than Galaxy Fold's 276 grams.

The firm said the new phone upgraded its folding structure by adopting "free stop hinge" technology, which is designed to add the ability to stop and hold the second screen at any position.

"We will offer upgraded multitasking experiences based on a proven form factor, while expanding the dual screen ecosystem via strategic partnership," said Brian Kwon, LG's president of mobile communications and home entertainment.

LG has been desperately seeking to revive its smartphone business with 5G devices, as its mobile division logged the ninth consecutive quarterly loss in the second quarter.

Although LG has expressed hope that the 5G smartphone will boost its profits in major markets, including South Korea and the U.S., it has yet to make a turnaround due to heavy marketing costs and the limited 5G infrastructure available now.