"It is a repeated, demonstrated commitment to defend one another from the threats that face our countries. We could not and cannot do that alone," Abrams said during the banquet as part of the Seoul Defense Dialogue underway in Seoul.

Noting that the Korea-U.S. alliance is forged through fierce ground combat and solidified through shared value and sacrifices, the commander said, "We refer to our alliance as ironclad, but all you need to understand is that it is much, much more than that."

Washington then publicly expressed disappointment with the decision, as the pact was seen as a rare platform to promote trilateral security cooperation among Seoul, Washington and Tokyo.

Abrams attended the security forum as a U.S. representative after some controversies over Washington's belated reply to Seoul's invitation to the event.

During the dinner, he also stressed the role of the United Nations Command (UNC). Pointing out that the international community as well as the so-called Sending States that are members of the UNC also hope for denuclearization of and permanent peace on the Korean Peninsula, the commander said, "We were here yesterday, we are here today and we will be tomorrow."

South Korea and the U.S. have reportedly shown differences over the UNC's future role after the envisioned transfer of wartime operational control of South Korean troops from Washington to Seoul.

While the U.S. maintained that the UNC should be allowed to give directions to South Korea's Joint Chiefs of Staff (JCS) in contingencies in order to fulfill its primary role of maintaining the armistice on the peninsula, South Korea said it could overstep its authority, and those instructions could collide with the JCS' military operations.

The three-day Seoul Defense Dialogue, which will continue through Friday, brought together hundreds of officials and experts from around 50 countries and international organizations to serve as a venue for discussions and defense diplomacy for security cooperation, according to its organizer, the defense ministry. 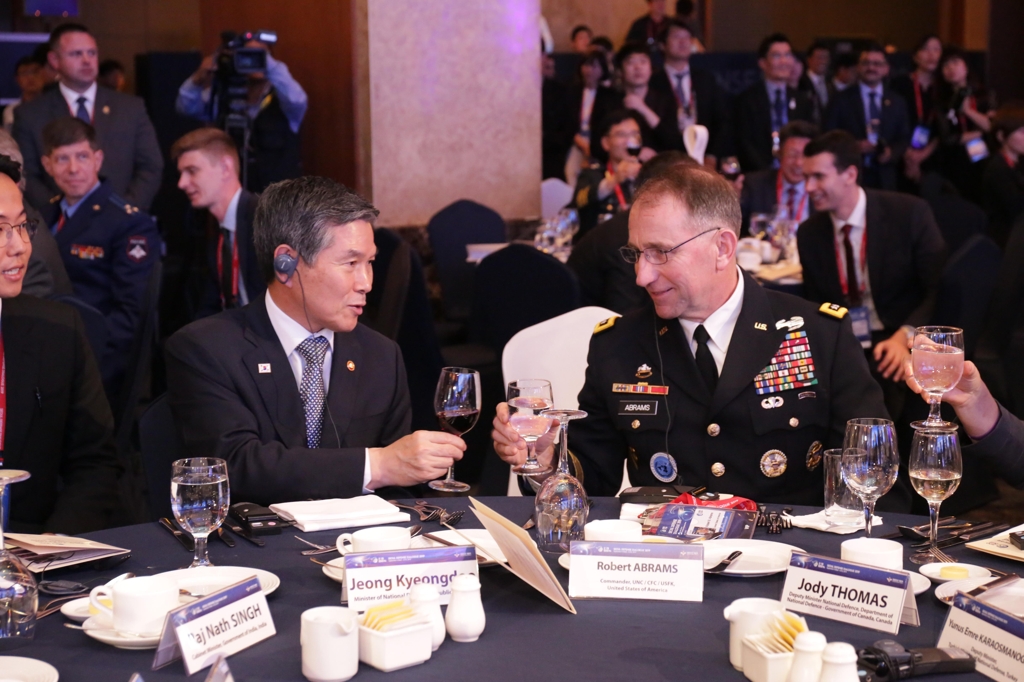