SEOUL, Sept. 6 (Yonhap) -- Renault Samsung Motors Corp., the Korean unit of French automaker Renault S.A., said Friday it will implement a voluntary retirement program in an effort to tackle a decline in production volume and sales.

The automaker said it has offered to provide up to 36 months' salary to workers who apply for the program by Sept. 27.

"The exact scale of workforce restructuring hasn't been set," a Renault Samsung spokesman said. "We've asked the labor union for cooperation but was rejected."

Last month, the company told the union it will be difficult to maintain the current workforce as the output volume of Nissan Motor Co.'s Rogue SUV is expected to fall sharply next year from this year's 60,000 units.

Renault Samsung had produced about 100,000 Rogue SUVs at its plant in Busan, 450 kilometers south of Seoul, for exports on a manufacturing contract with Nissan Motor Co., which forms a strategic alliance with Renault.

But this year, the Japanese carmaker decided to cut its output allocation to the Busan plant to 60,000 from 100,000 due to production losses caused by the union's strikes.

In the second half, the units per hour (UPH) production at the Busan plant are expected to decline to 45-50 from the existing 60 on decreased Rogue volumes, meaning 20 percent, or 400, of the plant's 1,800 assembly-line workers have to be laid off, according to the company.

The automaker has been also suffering a decline in sales. From January to August, Renault Samsung's sales plunged 39 percent to 114,705 autos from 157,313 in the year-ago period. 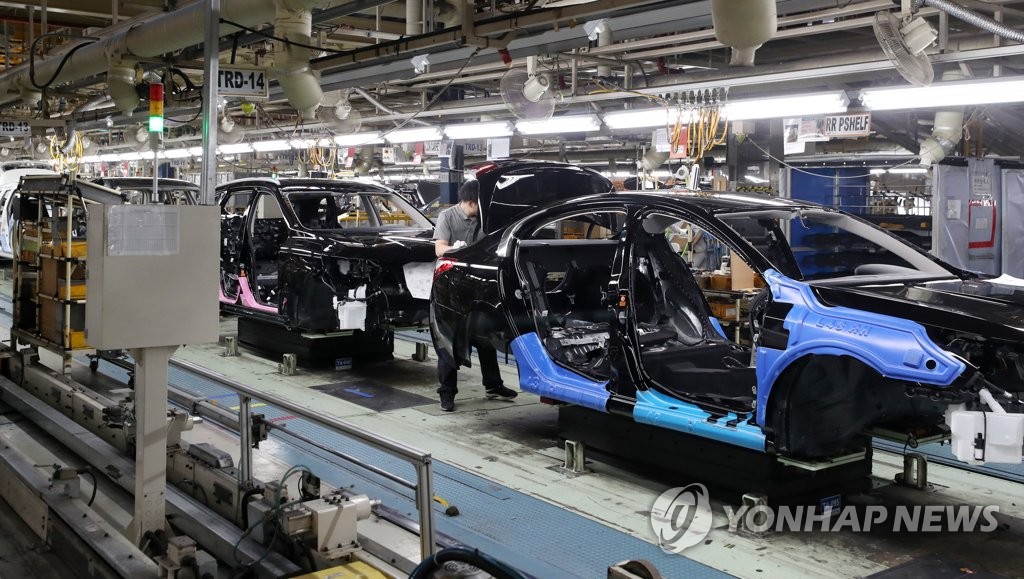