Typhoon Lingling, this year's 13th typhoon, passed seas northwest of Okinawa, Japan, at a speed of 20-30 kph at 7 a.m., according to the Korea Meteorological Association.

Its central pressure was 940 hectopascals, and the maximum wind speed near its center was 47 meters per second, or 169 kph. Strong gusts like this can topple cars and ships, and uproot trees. 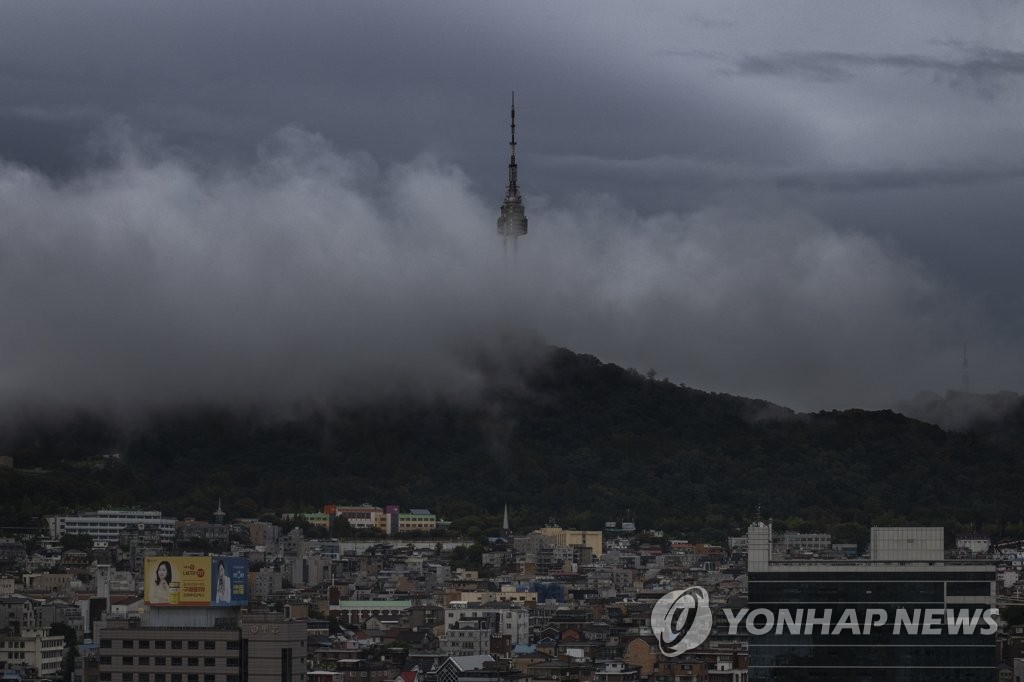 The weather agency warned that the wind speed may peak at 55 meters per second, or 200 kph, in some island areas.

At the current speed, the typhoon is expected to reach seas 150 kilometers southwest of Jeju by 3 a.m. on Saturday and to seas 140 km southwest of Seoul by 3 p.m. the same day.

It is then forecast to hit the North Korean province of Hwanghae at 7 p.m. as it picks up speed, according to the weather agency.

South Korea is bracing for the powerful typhoon, with a preliminary typhoon warning issued across the country.

"Record-breaking winds will be seen at islands and southern and western coastal areas," the weather agency said, advising local governments and residents to take precautionary measures. 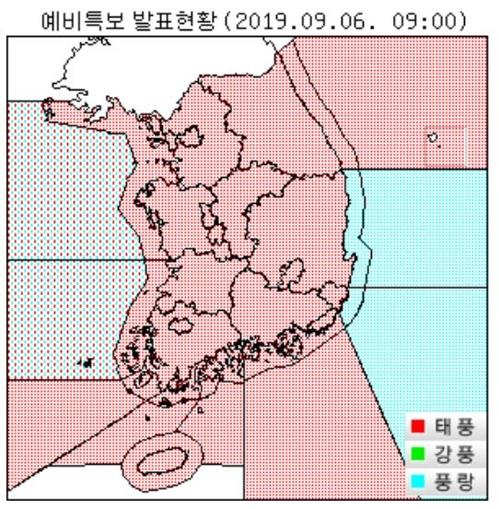