SEOUL, Sept. 6 (Yonhap) -- The government is considering naming a non-diplomat official, such as a financial technocrat, to head negotiations with the U.S. on sharing the cost for the upkeep of American troops, sources said Friday.

That would mark a departure from the tradition that officials from either the foreign or defense ministries have led the Special Measures Agreement (SMA) aimed at determining how much South Korea should shoulder the cost of U.S. troop presence in the country.

The two sides expected to launch the negotiations around mid-September amid widespread indications that the United States could ask for a massive raise in Seoul's share of the cost of the stationing of the 28,500-strong U.S. Forces Korea (USFK).

South Korea has yet to announce who will lead the negotiations. The presidential office Cheong Wa Dae is at the final stage of evaluating multiple candidates, including a former finance ministry official, and will soon make its pick, according to sources familiar with the matter.

A source said the top negotiator thus will likely be announced right before the negotiations.

The defense ministry led the first five rounds of talks that took place from 1991 to 2004. The foreign ministry took over the negotiations in 2005 and has since remained in charge.

The allies recently held a closed-door meeting two weeks ago ahead of starting the new negotiations, attended by the previous chiefs, Chang Won-sam from Seoul's foreign ministry and his U.S. counterpart, Timothy Betts. 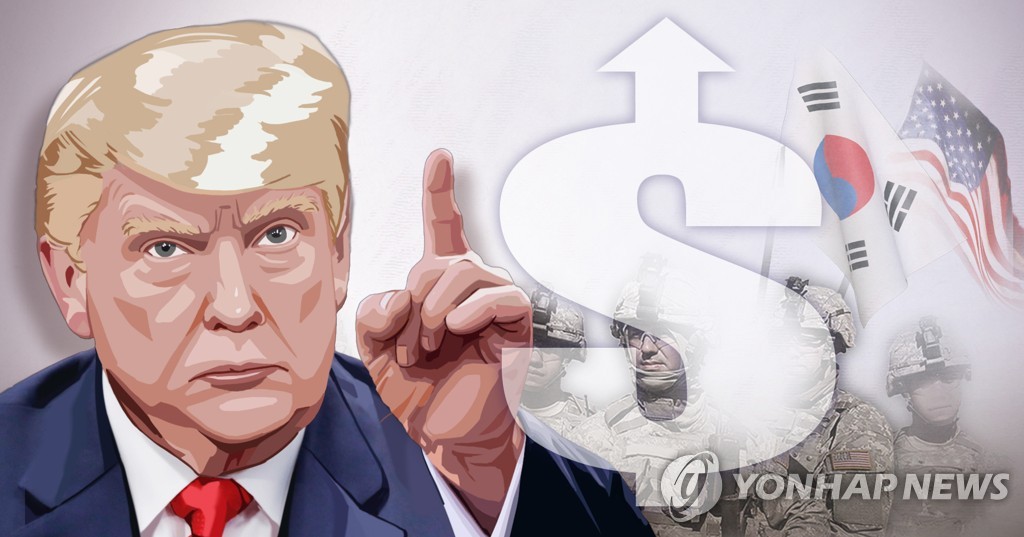 Observers hold the view that the possible appointment of a former financial official indicates that Seoul is gearing up for what's going to be "tough talks" as it wants to have an expert "good with numbers" that won't easily back down to the U.S. demands.

"It's going to be a big burden, over 1 trillion won, for the country's budget. Given that, (the government) appears to be looking into many people so as to find the right person for the difficult negotiations," a source said.

Under this year's 10th SMA, Seoul agreed to pay 1.04 trillion won (US$868.6 million), an increase of 8.2 percent from the previous year. Seoul has said it will only accept a raise in the cost sharing at a "rational and fair level."

On Wednesday, U.S. President Donald Trump said the U.S. spends "a lot of money" to help its allies without getting much in return.

"We are doing a lot of allies very big favors by even being over there," he said. "But many cases, these people don't do much for us. We've never had a leader that demanded that they appreciated it. I'm saying you have to appreciate it."

The U.S. troop presence dates back to the 1950-53 Korean War that ended in an armistice, not a peace treaty.

Since 1991, Seoul has shouldered partial costs under the SMA, including the expenses to support Korean civilians hired by the USFK and the construction of military facilities to maintain the allies' readiness.