CHUNGJU, South Korea, Sept. 6 (Yonhap) -- Turkmenistan ranked first in the medal tally at an international martial arts competition that wrapped up its eight-day run in a South Korean city Friday.

About 3,200 athletes and officials from 106 countries took part in the 2019 Chungju World Martial Arts Masterships in Chungju, about 150 kilometers southeast of Seoul.

The participants competed for 271 gold medals in 20 martial arts categories, including belt wrestling, judo, taekwondo, ju-jitsu and muay thai, during the event.

Turkmenistan topped the competition with a total of 19 medals, including eight gold medals. South Korea ranked second and Mongolia third. Iran won the gold in taekwondo kyorugi, a type of full-contact sparring, earning an automatic berth in the 2020 Tokyo Olympics.

The Chungju masterships was the second competition to be held in North Chungcheong Province after the first competition was hosted by Cheongju, the capital of the province, about 140 km south of Seoul, in August 2016.

The host city for the next competition will be decided during the committee's general assembly session slated for August next year. 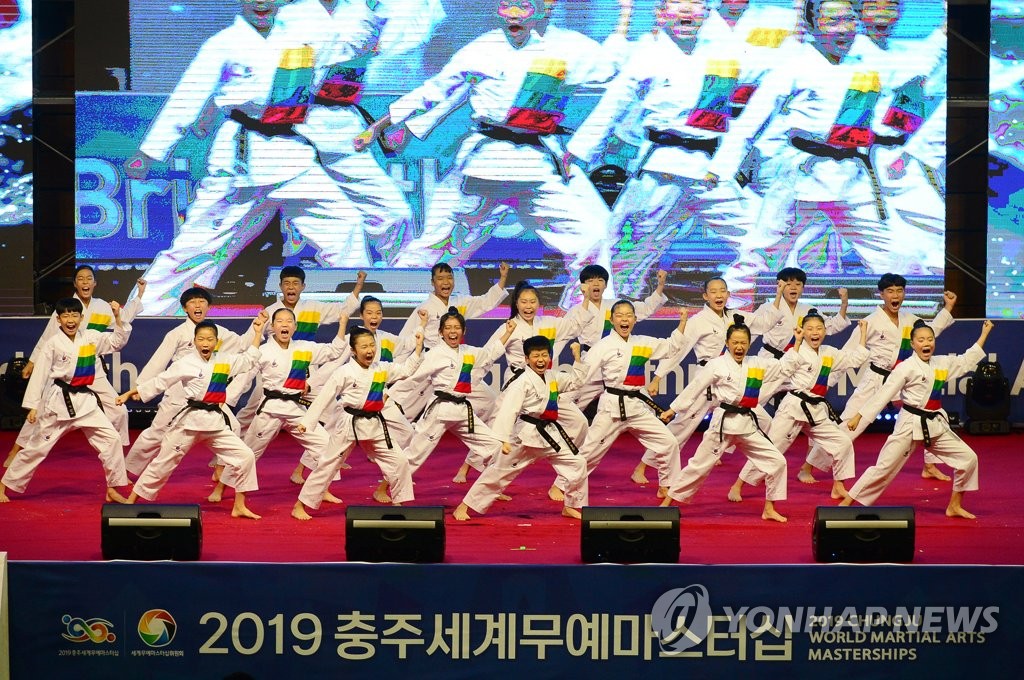