WASHINGTON, Sept. 6 (Yonhap) -- U.S. Secretary of State Mike Pompeo acknowledged Friday that North Korea has the right to defend itself and assured Pyongyang of Washington's security guarantees should the regime dismantle its nuclear weapons program.

In an interview with KCMO radio in Kansas City, Missouri, Pompeo said the U.S. is committed to continuing denuclearization negotiations with North Korea and hopes the regime will return to the table as agreed during a June meeting between U.S. President Donald Trump and North Korean leader Kim Jong-un. 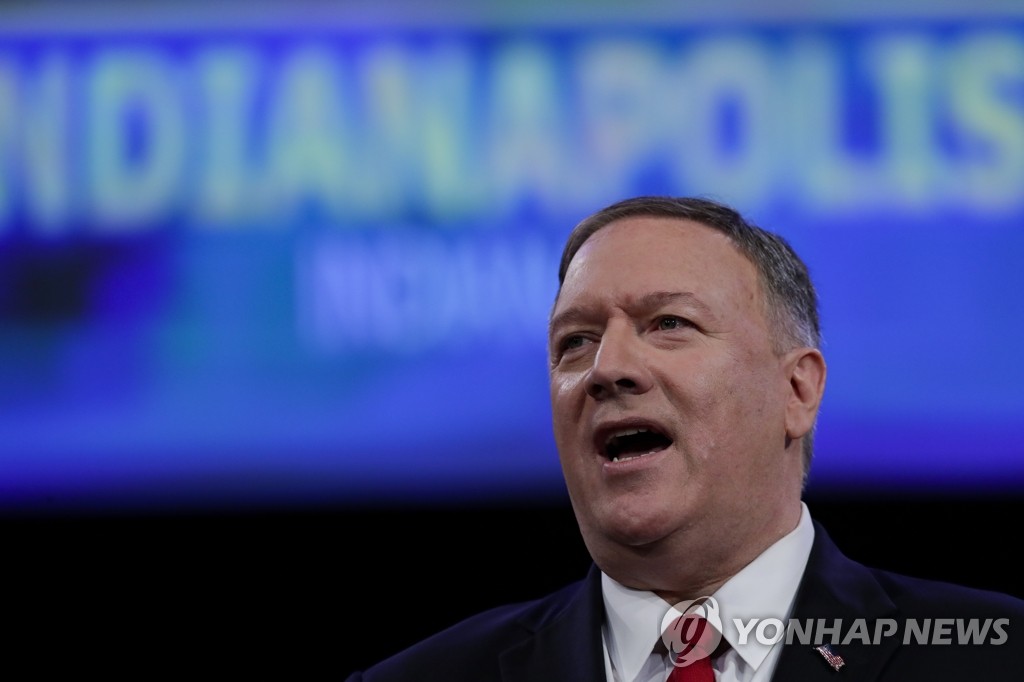 "I'm very committed to working with the North Korean team to negotiate a set of outcomes that will be good for both the United States and the world in terms of reducing the nuclear threat that emanates from the Korean Peninsula, but also ensuring that security and peace and prosperity can come to North Korea as well," the top U.S. diplomat said.

Asked to assess North Korea's commitment to the talks, given its series of short-range ballistic missile launches since late July, Pompeo was still hopeful.

Talks broke down after Trump and Kim's second summit in Vietnam in February ended without a deal. The North Koreans had asked for more sanctions relief than the U.S. was willing to give for Pyongyang's offer to dismantle only its main nuclear complex in Yongbyon.

Aside from sanctions relief, the North has also made clear that it seeks security assurances from the U.S.

On Wednesday, Trump appeared to address that concern by stating that the U.S. is not looking for a regime change in North Korea or Iran.

Pompeo added that the North has a right to self-defense, touching on an argument the regime has often used to justify its ballistic missile tests that are banned by U.N. Security Council resolutions.

"Those nuclear weapon systems that North Korea has been driving towards for decades now don't provide the security that the North Koreans believe they do," he said in the interview. "In fact, what will provide them security is coming to a set of understandings with the United States and with the world to denuclearize. And when they do so, we'll provide the security assurances that are needed for them and for their people. Every nation has the sovereign right to defend itself. Then we can create economic opportunity and better lives for the people of North Korea as well."

The remarks come after North Korean officials slammed Pompeo for calling out North Korea's "rogue behavior" and suggesting that all sanctions on the country will remain in place short of its denuclearization.