WASHINGTON, Sept. 6 (Yonhap) -- U.S. Special Representative for North Korea Stephen Biegun called on the North on Friday to halt its demonstrations of hostility and return to denuclearization talks.

In a speech at the University of Michigan, the top U.S. envoy to North Korea negotiations said both countries must work together to ensure progress on denuclearization and peace on the Korean Peninsula.

His remarks came as dialogue has stalled despite an agreement between U.S. President Donald Trump and North Korean leader Kim Jong-un on June 30 to resume talks within several weeks.

"At this moment, to achieve further progress, the most important step we can take is for the United States and North Korea to work together to overcome the policies and demonstrations of hostility that compromise the simple ability of our diplomats to talk, and to sustain the rhythm of negotiations," Biegun said in the speech, which was broadcast online.

"If we are to succeed, North Korea must set aside its search for obstacles to negotiations and instead seek opportunities for engagement while that opportunity lasts. We have made clear to North Korea: we are prepared to engage as soon as we hear from them. We are ready. But we cannot do this by ourselves," he said.

If North Korea clings to its weapons of mass destruction, the U.S. and the rest of the world "will not accept that," Biegun warned, urging the North to return to talks to discuss specific actions each side can take to implement the agreements reached at the first Trump-Kim summit in Singapore in June 2018. 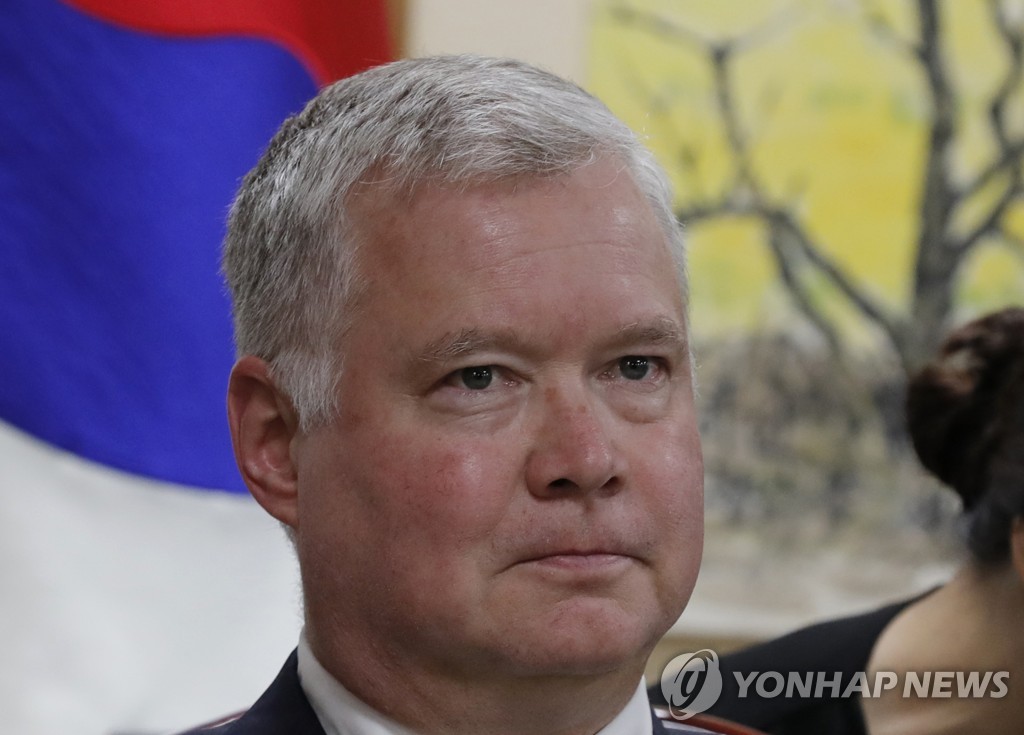