A woman in her 70s died after she was knocked over by strong winds gusting at 39 meters per second, or 140 kph, in Boryeong, some 150 kilometers southwest of Seoul, according to rescue officials there.

In Incheon, 40 kilometers west of the capital, a bus driver was crushed to death after a wall at a hospital parking lot collapsed.

Later in the day in Paju, north of Seoul, a 61-year-old man was killed after being struck in the head by a roof panel at a golf driving range. Rescue officials said the man had been working on the roof when a sudden gust of wind blew the piece of panel toward him. 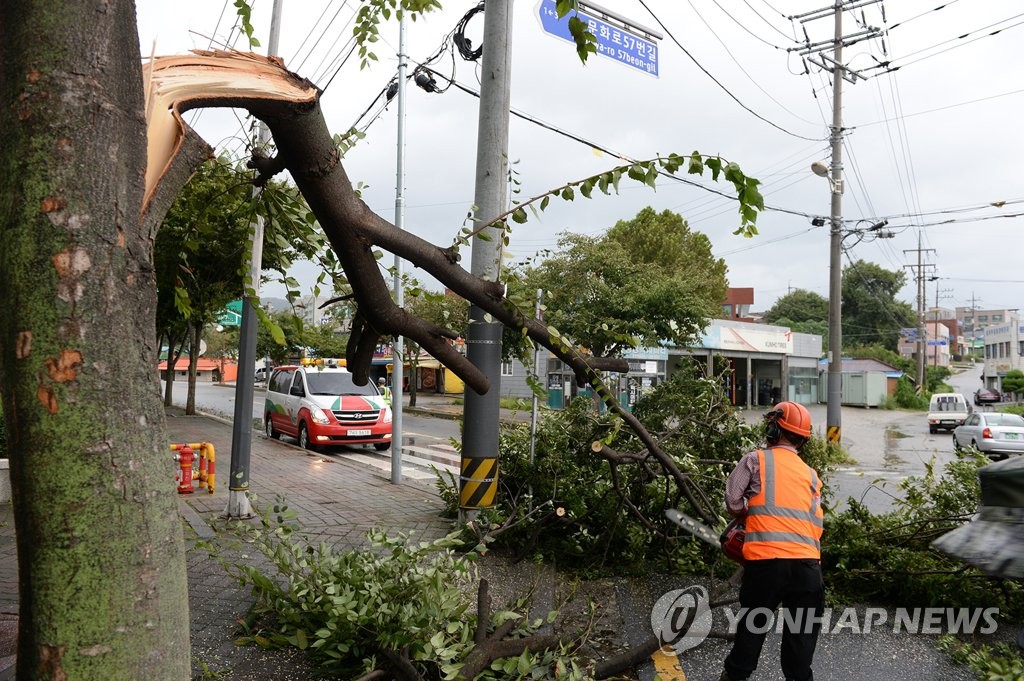 Hundreds of other minor incidents, mostly uprooted trees, have also been reported throughout the nation, with nearly 300 flights being canceled or delayed.

According to airport authorities, 120 flights departing from or arriving at Incheon International Airport, the main gateway to South Korea located just west of Seoul, were canceled as of 4 p.m., while 140 flights to and from Incheon were delayed.

Officials said flights should gradually return to normal operations as the typhoon made its way toward North Korea.

Several sections of road, including bridges to the Incheon airport, were closed due to strong wind that could easily overturn small vehicles, according to rescue officials. The bridges reopened by the early evening as the winds died down. 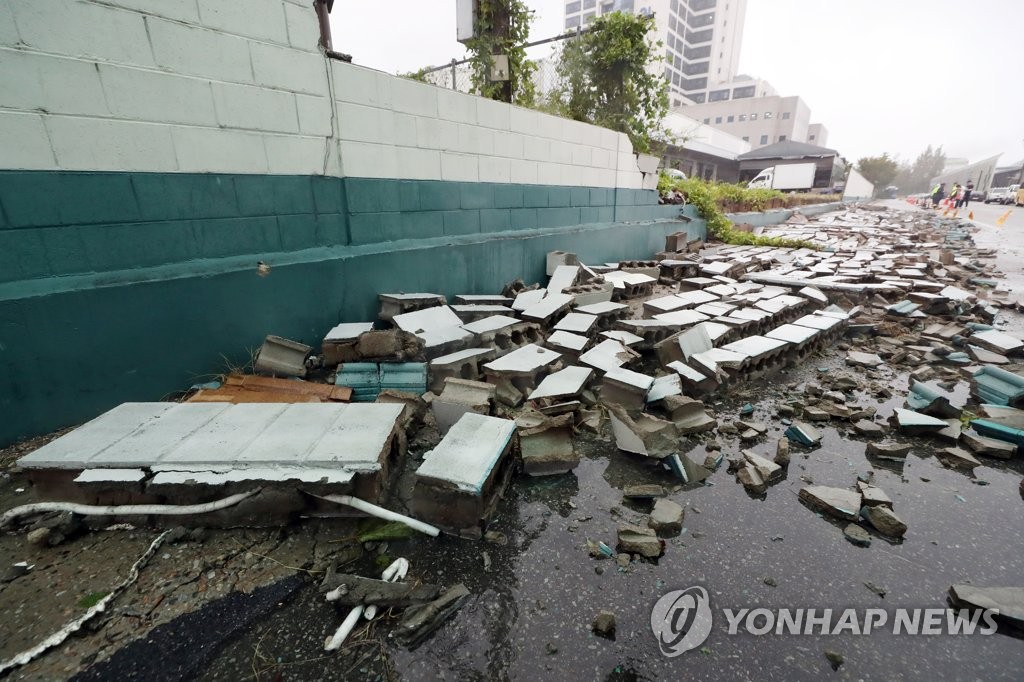 A series of warnings was still in place throughout the nation as the year's 13th typhoon neared the Seoul capital area shortly after noon.

According to the Korea Meteorological Association (KMA), the eye of the typhoon reached the North Korean province of Hwanghae around 2:30 p.m.

The KMA said the fastest wind speed measured on Saturday was 54.4 m/s, or 195.8 km/h, at Heuksan Ilsand off Sinan, a town South Jeolla Province. It's the fifth strongest gust of wind on record in South Korea. In 2003, Typhoon Maemi brought a wind clocked at 60 m/s.

The central and municipal governments were taking precautionary measures to help minimize damage from the storm. 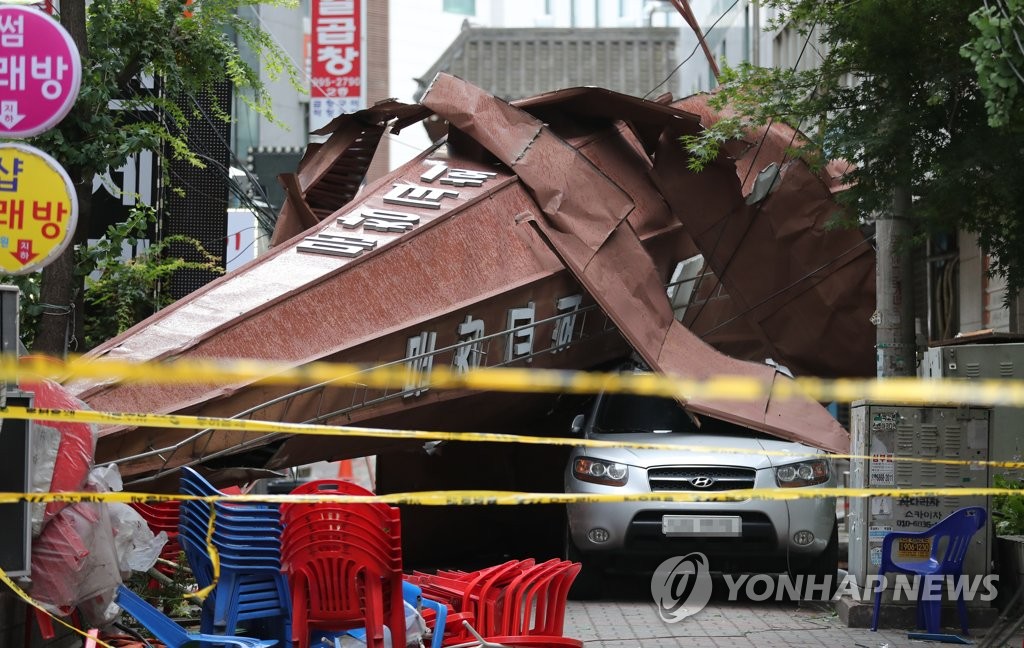