SEOUL, Sept. 7 (Yonhap) -- A member of the rock band The 1975 is getting flak on social media after posting a photo of himself stepping on the South Korean national flag.

Matthew Healy, lead vocalist and rhythm guitarist of the English group, used a mirror to take a photo of himself with his left foot on the Taegeukgi, the South Korean flag, and posted it on Instagram on Friday.

The 1975 performed in Seoul earlier that day.

Names of the band members and the words, "The 1975 Live in Seoul," were written on the flag.

When his followers or other commenters raised issues with his posture, Healy wrote, "It's quite obviously my flag."

Healy later took down the photo without an apology, but not before it had already been captured and shared on social media. 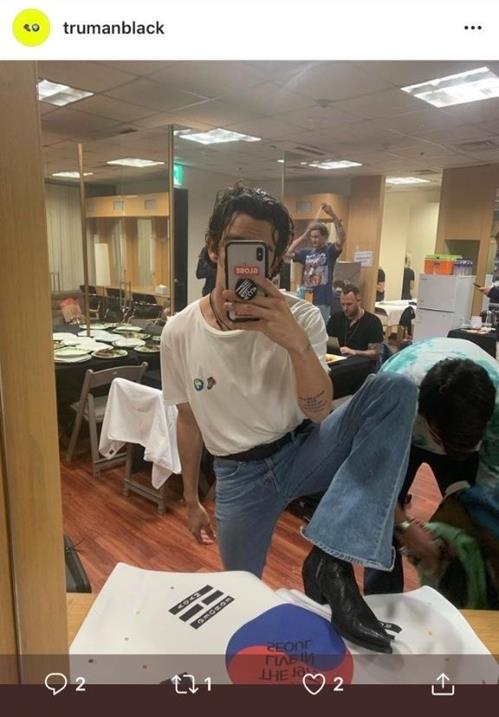 Lead vocalist of The 1975 under fire for stepping on S. Korean flag

Lead vocalist of The 1975 under fire for stepping on S. Korean flag