BERLIN, Sept. 8 (Yonhap) -- LG Electronics Inc. is ramping up investment to expand businesses in the built-in home appliance market to capitalize on the fast growing segment, its president said on Sunday.

Song Dae-hyun, the head of LG's home appliance and air solution division, said the company aims to become a "top-tier" player in the global built-in home appliance market by 2023.

"We have been focusing on establishing the organization and infrastructure for (the built-in business) since last year, though sales still remain small," Song said in a press briefing held on the sidelines of the IFA technology show in Berlin. "Expanding the built-in business takes time and enormous upfront investment because it also involves house designing and remodeling." 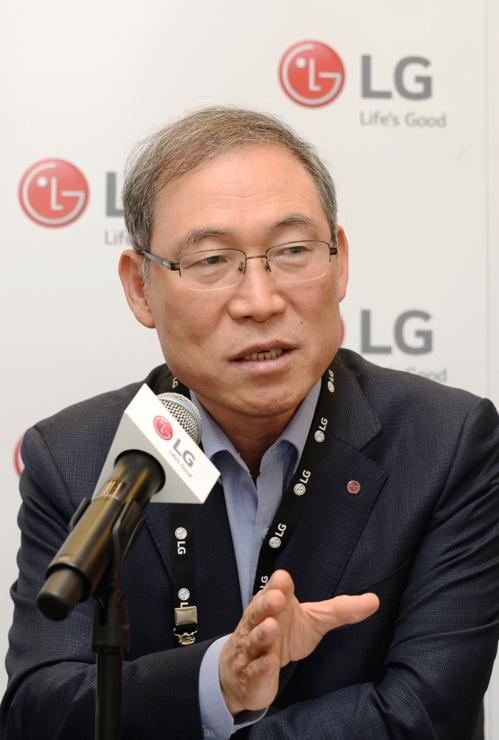 Although the Korean electronics maker still lags behind European built-in industry leaders with long traditions and established customer bases, Song said LG has been expanding its presence in the key market with differentiated customer service.

"After-sales service for built-in products is challenging because (engineers) have to disassemble parts for repairing," Song said. "We tell customers that they can get service whenever they need, which helped our business grow rapidly."

"A growing number of European companies are adopting IoT and AI (in home appliances)," the president said. "I think LG has a more solid technological base (than them) and is well positioned to succeed in the European market."

The firm said it plans to roll out the AI care service on new front-loading washers and bottom-freezer refrigerators in Europe first, and bring them to North America and Asia next year.