BERLIN, Sept. 9 (Yonhap) -- Consumers who want the best picture quality TVs available now will look to QLED models by Samsung Electronics and OLED TVs by LG Electronics, and they are likely to see 8K next to a price tag of several thousand dollars.

8K refers to the highest-resolution standard for content creation, which offers four times the number of pixels of a 4K UHD screen and 16 times that of a full HD screen. Having so many pixels means a higher image density, and you should have a clearer, better defined picture.

While 4K has just become a mainstream in the TV industry, the two Korean tech giants are in a heated competition to promote their 8K TVs to set the new industry standard, sometimes making the rival's products look less attractive.

And this time, the stage was IFA, Europe's largest technology show held in Berlin.

Only one year after launching 8K QLED televisions, industry leader Samsung now has a full lineup by adding a 55-inch model to the current 65-, 75-, 82- and 85-inch sets. 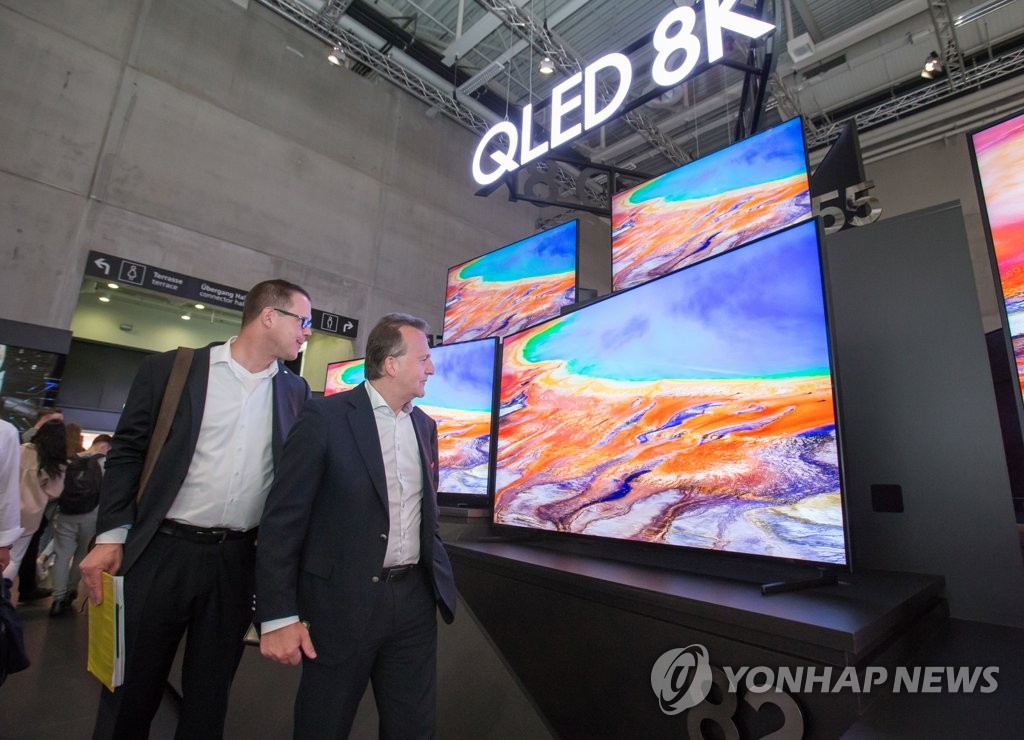 Its smaller rival LG is ready to sell its 88-inch 8K OLED TV in the global market and plans to launch the world's first rollable TV in the domestic market later this year.

Despite the similar-looking acronyms, the technologies for OLED (Organic Light-Emitting Diode) and QLED (quantum dot LED) are different.

QLED is a Samsung-specific marketing term for TVs that use quantum dot technology to enhance performance in key picture quality areas, though other manufacturers have also come out with their own quantum-based TVs in recent years.

Unlike most LED TVs, which require an array of lights behind the layer of pixels, each pixel on an OLED generates its own light, meaning that pixels can turn themselves off completely to make the screen totally black. LG says this can lead to superior contrast and energy savings.

This year, LG used the major industry fair as an opportunity to take a punch at Samsung, claiming its bigger rival's 8K TVs are "not real 8K TVs" as they fail to meet a trusted agency's set standards for resolution.

LG said consumers should know not all 8K TVs are alike and that they should be paying close attention to the fine print by its competitor's products.

"Samsung's 8K TVs have a sufficient number of pixels, but they do not meet the required resolution standards to deliver real 8K," Park Hyoung-se, executive vice president of LG's home entertainment business, said during a press briefing held on the sidelines of IFA.

In a side-by-side comparison with 75-inch 8K TV models by the two companies, LG demonstrated distinct differences between the two models.

"When consumers spend a lot of money on 8K TVs, they should accurately understand what they are buying," Park said. 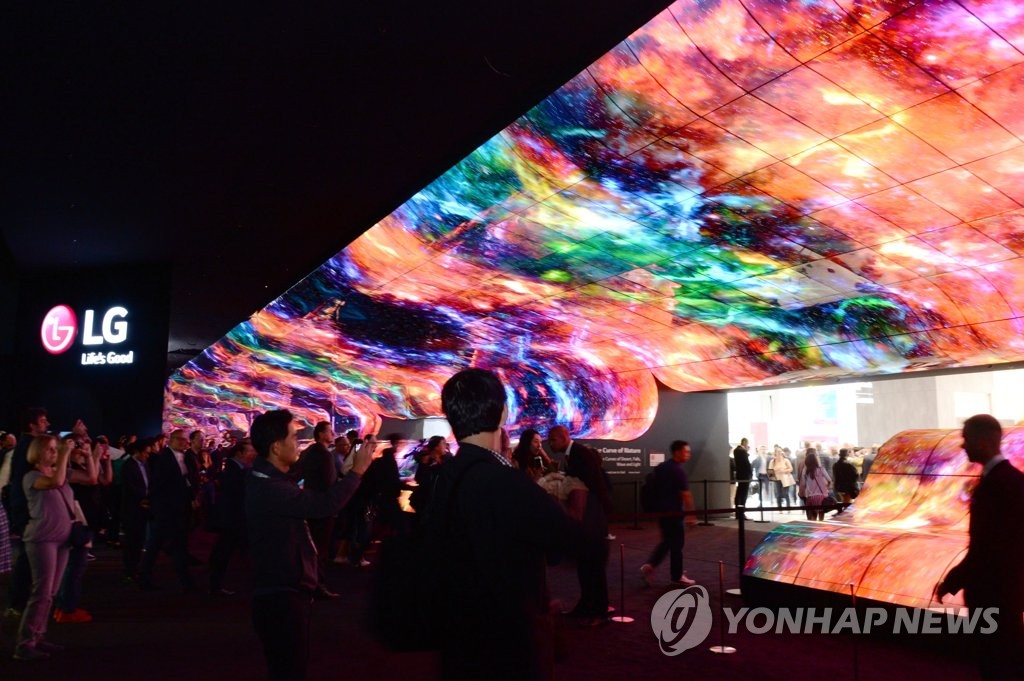 As part of the negative campaign, LG started to air a TV ad in the domestic market Sunday, which compares QLED with OLED to claim it has "industry-leading" TV technology.

"LED TVs need backlight to make color. Due to the backlight panel, black can't be accurate, colors can get exaggerated and TVs can't become thinner," said the 75-second LG TV ad in a explanatory tone, which is longer than the typical 60-second format.

Without a backlight panel, LG claimed its OLED TV emits its own light to make color so that it can be made as thin as wall paper and show "true black."

Samsung didn't immediately responded to LG's bitter attack. Instead, the firm pointed to its strong sales figures and expanding partnership in the "8K Association."

"(LG's) claim is regrettable because we're leading the 8K TV industry and making technological advances," Han Jong-hee, president of Samsung's visual display business, told reporters during IFA. "It is natural that many industry players try to catch up with the first movers and find faults with them, but there are so many things to do (in the 8K TV)."

In a show of confidence, Kim Hyun-suk, the head of Samsung's consumer electronics business, said it is good to draw attention to the new display technology, whether positive or not, to develop the overall industry.

"We have struggled to create the 8K TV market alone over the past year, and now we have colleagues," Kim said. "For a new market to grow, issues are needed so that many problems can be solved, and people pay attention to them. I think it's a positive factor for the market."

Samsung's share in the TV market accounted for 31.5 percent in terms of value in the second quarter, marking the highest in over six years, according to market researcher IHS Markit.

The number of QLED TVs sold in the global market reached 1.2 million in the second quarter, more than doubling from a year earlier, with 1.09 million units by Samsung, the firm said.