SEOUL, Sept. 9 (Yonhap) -- Operations are under way to rescue four South Koreans believed to be trapped inside a ship that accidentally tilted sideways off the east coast of the United States, Seoul's foreign ministry has said.

The four South Koreans are presumed to be caught in the engine room of the Golden Ray, a car transport vessel of Hyundai Glovis Co., a logistics unit of South Korea's Hyundai Motor Group.

Of the total 24 crew members, 20 people have been rescued, the ministry said. The rescued are comprised of six South Koreans, 13 Filipinos and one American.

The ship was tilting on the portside at an angle of about 80 degrees in waters 1.6 kilometers away from a port in Brunswick, Georgia, on Sunday (local time).

The rescue team plans to enter the ship once the work to stabilize the vessel is over.

The ministries of foreign affairs and defense, and other related agencies plan to hold a meeting in Seoul to discuss the dispatch of a rapid response team to the scene among other issues.

Soon after the accident, the South Korean Consulate General sent its personnel to the scene. In cooperation with relevant ministries and agencies, the foreign ministry is seeking to ascertain the cause of the tilting and providing consular support for Korean victims.

"The foreign ministry in close coordination with related agencies and the shipping company will continue to provide consular support to rescue the trapped crewmembers, offer support for their families, verify the cause of the accident," the ministry said in a statement. 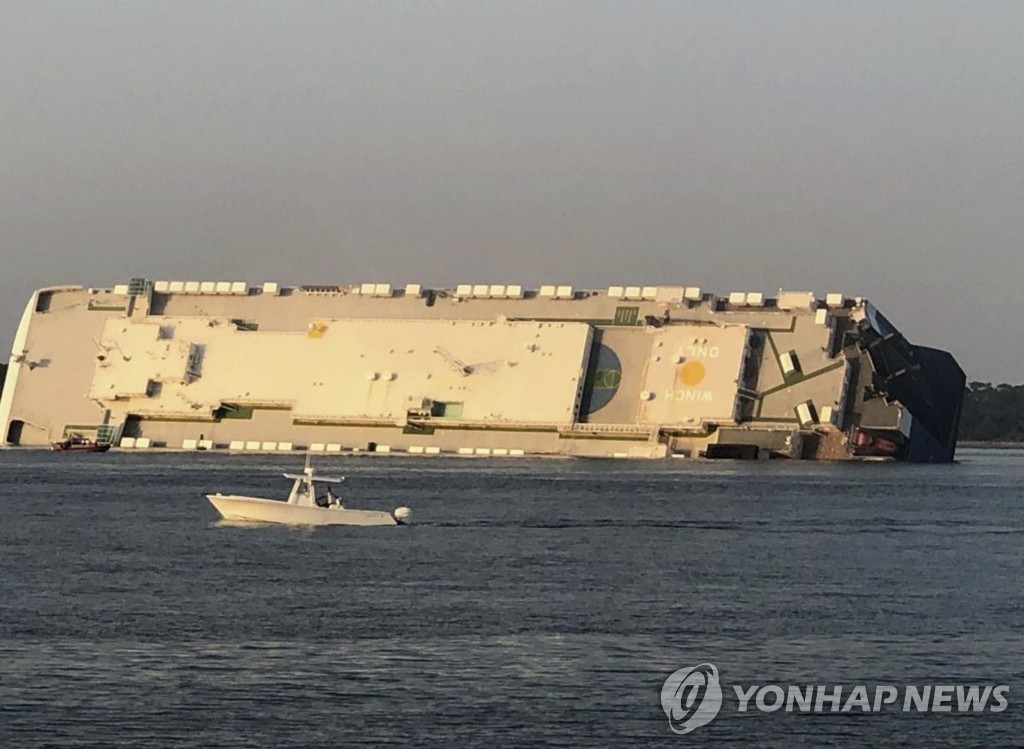