SEOUL, Sept. 9 (Yonhap) -- Hyundai Motor Co. and its affiliate Kia Motors Corp. said Monday they've sold more than 44,000 electric vehicles (EVs) in the first half of the year, becoming the fifth-largest EV sellers in the world.

South Korea's two largest carmakers under Hyundai Motor Group sold a combined 44,838 EVs in the first six months of the year, more than doubling the 18,445 units sold last year. Hyundai sold 30,963 units, with the Kona EV accounting for more than 75 percent of its sales. Kia sold 13,875 units, with 73 percent of them being Niro EVs.

With the latest performance, Hyundai Motor Group became the fifth-largest EV seller in the first half with a 6.5 percent market share, up 2.4 percentage points from a year earlier, according to data from industry tracker IHS Markit. Only Tesla, BYD, Renault-Nissan and SAIC were ahead of Hyundai.

The South Korean auto giant had a 0.9 percent market share in the global EV market in 2014, but it joined the list of top 10 players last year on the back of a diversified EV lineup.

Analysts said global EV sales will continue to make a sharp growth. EV makers last year sold 1.19 million units in the world, but already in 2019, they sold more than 700,000 units in the first half. 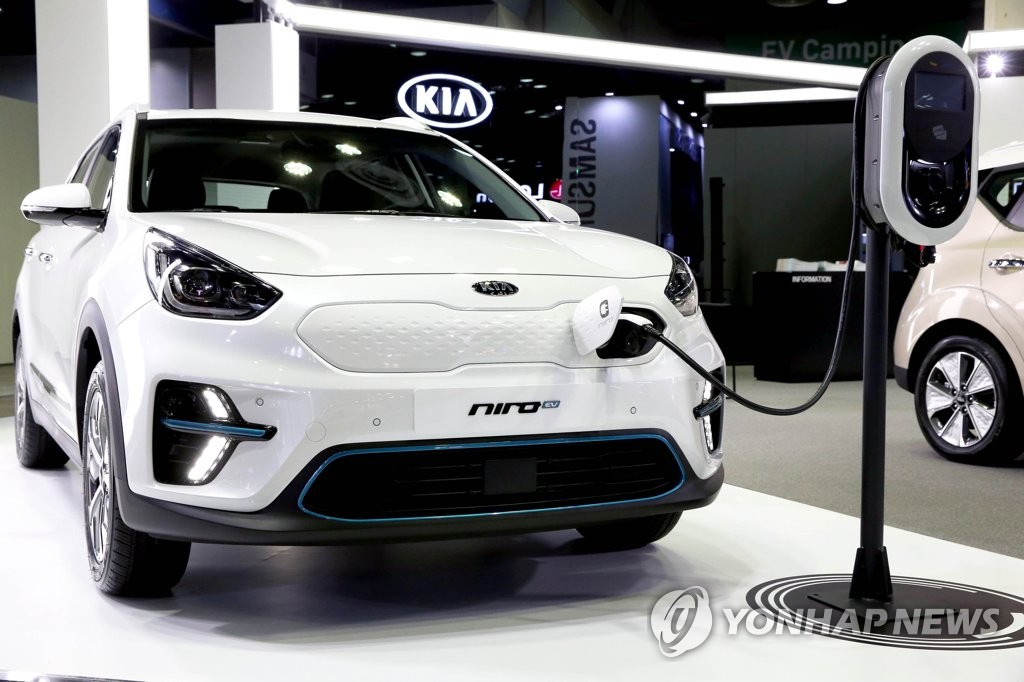