SEOUL, Sept. 9 (Yonhap) -- The defense ministry said Monday it opened a support center for potential victims of controversial humidifier disinfectants blamed for a number of deaths, following revelations that the products were also widely used in barracks.

Last month, the state-funded Special Commission on Social Disaster Investigation reported that the problematic products were used in the military. The defense ministry later confirmed that 15 military units across the country used the controversial products for years until 2011.

The support center will run until the end of 2020, the ministry said, adding that it will be in charge of receiving reports from potential victims and helping them with related administrative affairs.

"In order to proactively find victims and help support them, we will have close cooperation with the environment ministry and the special commission," the ministry said in a release.

Government tests found that toxic biocides were used in the products made by several companies, including Oxy Reckitt Benckiser and SK Chemicals. Such products first hit the shelves here in 1994 and were sold until being banned in 2011.

Investigations into the firms have resulted in a number of convictions. Last year, Seoul's top court upheld a lower court's six-year sentence on Shin Hyun-woo, Oxy's former chief, for accidental homicide due to professional negligence in sales of the deadly cleaners.

More than 6,400 people have registered themselves as victims, of whom about 1,420 have died. 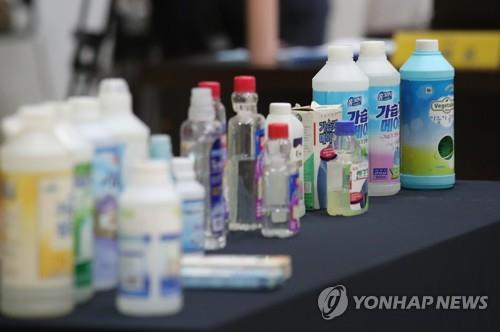