SEOUL, Sept. 9 (Yonhap) -- North Korea is working hard to recover from the damage caused by a deadly typhoon that passed through the Korean Peninsula over the weekend, state media said Monday, highlighting leader Kim Jong-un's leadership and internal unity in combating the disaster.

Typhoon Lingling, this year's 13th typhoon, which brought heavy rains and strong winds, killed at least five people and injured three others in North Korea, the Korean Central News Agency said, citing data from the State Emergency Disaster Committee. It also destroyed 460 homes and 15 public buildings, as well as some 46,200 hectares of farmland in the country.

Following the disaster, senior officials of the ruling Workers' Party of Korea and the government guided a swift recovery of power supply and reconstruction of destroyed roads, bridges and railways to make sure necessary goods can be delivered to the typhoon-affected regions, the North's main newspaper, the Rodong Sinmun, said.

Referring to the emergency meeting convened by Kim on Friday, it said such moves reflect the leader's "endless" love of the people.

During the meeting, Kim urged the senior party and government officials to carry out urgent measures to protect the "lives, property and safety of the people."

"The recovery operations carried out amid partywide and nationwide attention is strengthening the trust and iron-clad belief people have about the party," it said. 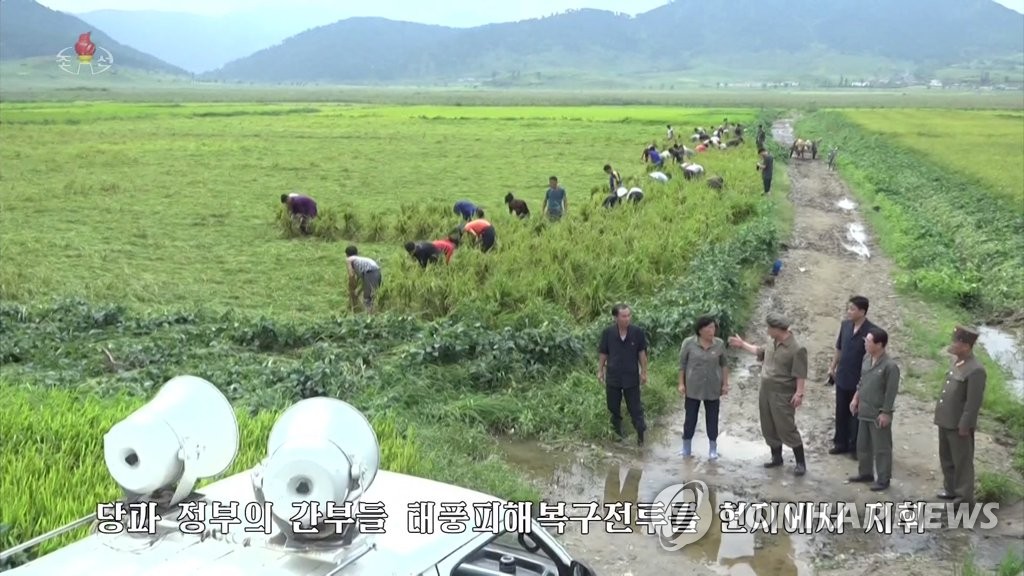