The group, which owns Hyundai Motor Co. and Kia Motors Corp., signed a deal to acquire a 20 percent stake in IONITY GmbH, a joint venture established between BMW Group, Ford Motor Co., Daimler AG and the Volkswagen Group in 2017. It didn't provide the value of the deal.

IONITY currently has nearly 140 charging stations in Europe, with 50 more under construction. Its fast chargers provide a maximum charging power of 350 kilowatts, seven times more powerful than normal rapid chargers on the market.

IONITY plans to expand its network to 400 fast-charging stations by 2020, with an average of at least one every 120 kilometers along major European highways.

Starting in 2021, Hyundai aims to install 800 volt charging systems in its EV models to better accommodate IONITY infrastructure. The group said its EVs will be able to travel up to 100 kilometers on just a three-minute charge using IONITY's 350kw chargers.

Europe is Hyundai's biggest EV market, accounting more than half of its global EV sales. In the first six months of the year, the group sold 23,000 EVs in Europe, more than triple its first-half sales last year. 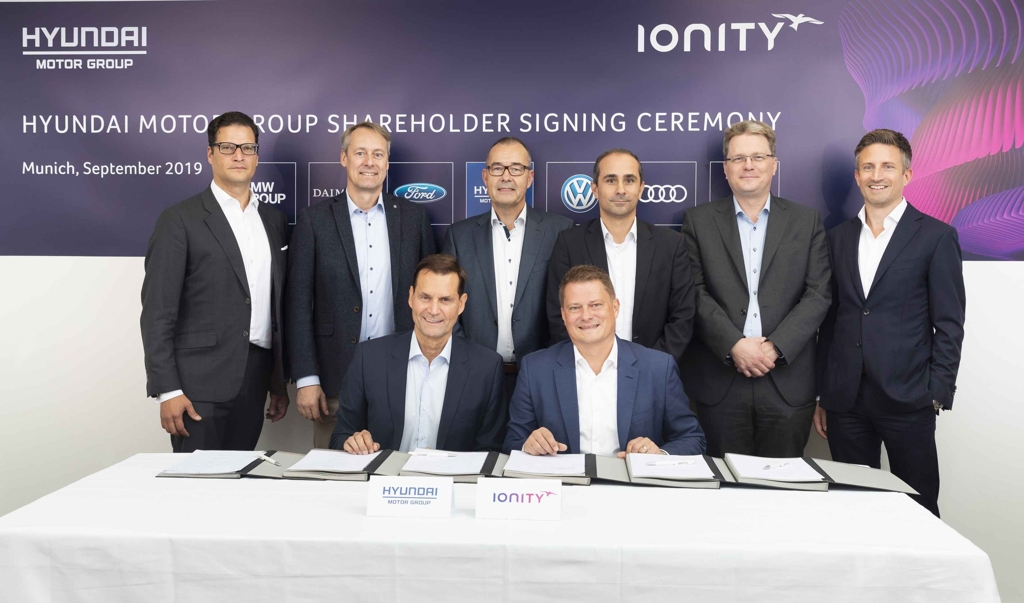