SEOUL, Sept. 9 (Yonhap) -- South Korea is making all-out efforts Monday to recover from the damage incurred by Typhoon Lingling that smashed the Korean Peninsula over the weekend, which killed three, injured 24 others and damaged more than 9,400 facilities.

To make things worse, a new torrential rain warning, issued nationwide following the retreat of the typhoon, is feared to slow the recovery work and cause additional damage.

According to the interior ministry, Lingling, whose winds were the fifth strongest ever recorded among the typhoons that have hit the peninsula, claimed three lives, including one who was killed by a falling roof panel. The typhoon had injured 24 others, including 11 firefighters and policemen who were doing rescue work, as of Sunday night.

The typhoon also damaged 9,416 facilities, including 7,900 public ones. Of the private facilities, two houses were completely destroyed, and 261 were partially damaged, with 109 inundated. 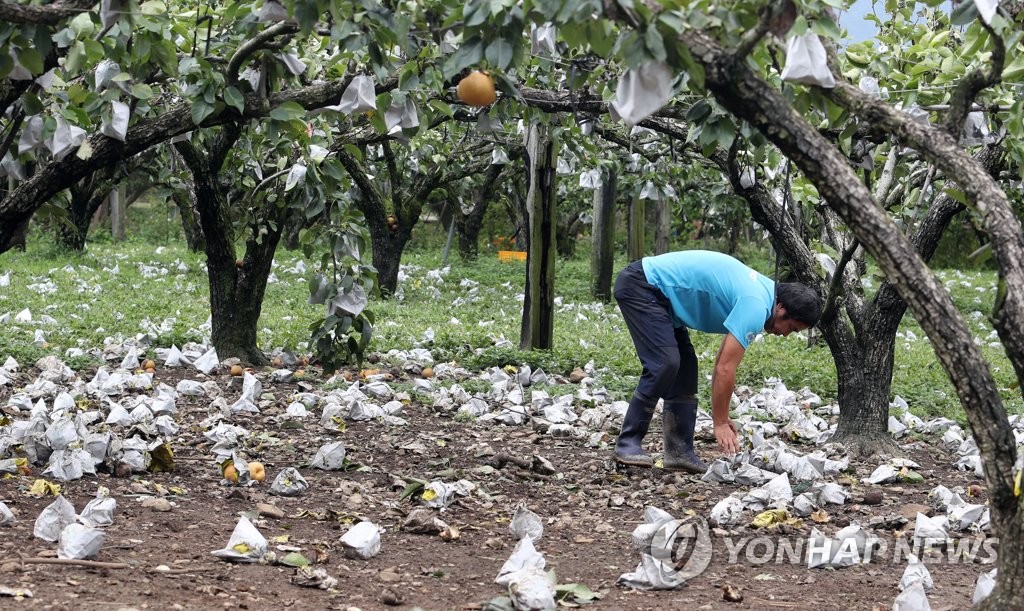 A total of 14,468 hectares of farmland, including 9,875 hectares of rice paddies, were pounded across the nation. Seventy-one ships were damaged or capsized, and 78 fish farms were affected.

"As of 10 p.m. Sunday, 68 percent of the damaged facilities had been restored," the ministry said.

Surveys on the losses of public and civic facilities will continue to be carried out for seven and 10 days, respectively, the ministry said.

The scale of the damage is feared to grow as it is still being calculated, according to the ministry.

Meanwhile, central and local governments kicked off recovery work right after the typhoon receded Sunday afternoon, but most of the areas in the southern region saw rains again due to an approaching low-pressure system from the south.

The rains are currently hitting the southern areas and are expected to reach the central part of the nation by night, with an estimated rainfall of 20-150 millimeters.

Prime Minister Lee Nak-yon is set to convene an emergency meeting later in the day to work out measures to fix the damage. 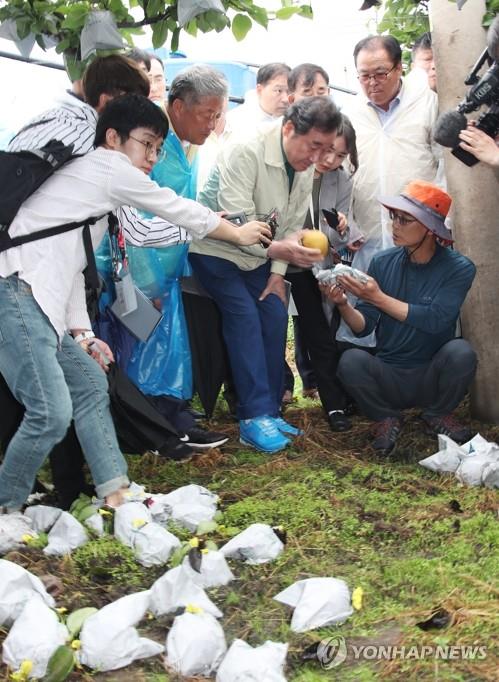